Thank you to Tor.com for filling my mailbox with all kinds of goodies! There’s so much I’m looking forward to reading in 2020. Anthropocene Rag by Alex Irvine wasn’t on my radar before, but it sure is now. With the tagline “Huck Finn-meets-Willy Wonka”, who can resist? I’m also curious to check out Flyaway by Kathleen Jennings, and I was also thrilled to receive a finished copy of Riot Baby by Tochi Onyebuchi. And as you can imagine, I just about lost it when the following ARCs arrived: Harrow the Ninth by Tamsyn Muir is the sequel to Gideon the Ninth, and though I had some mixed feelings about the first book’s beginning, I loved its second half, which pretty much solidified my decision to continue with the series. And guys, I am sooooo excited about Network Effect by Martha Wells, but if you’ve read my reviews for the Murderbot Diaries, you probably know that already!

Also thanks to Subterranean Press for keeping me well stocked with amazing novellas and anthologies, including The Postutopian Adventures of Darger and Surplus by Michael Swanwick, a collection of short stories and vignettes about our titular con artists, as well as Jack by Connie Willis, a re-issue of the author’s classic.

And thank you to Tor Teen for sending me a finished copy of City of Stone and Silence by Django Wexler! What great timing, because I finished the first book. So glad I was able to squeeze that one in before the end of the year!

Finally, rounding up the physical books, a big thank you also goes to Del Rey for sending me a finished copy of The Vanished Birds by Simon Jimenez. I can’t believe its release date is just around the corner, how quickly the time flies! 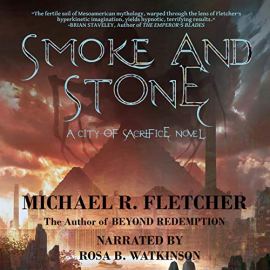 Just a couple of audiobooks in the digital haul this week. First, I got a listening copy of The Queen’s Road by R.S. Belcher, with thanks to Audible Studios and the author. I was also offered a reviewer code for Smoke and Stone by Michael R. Fletcher, with thanks to the author and narrator!