YA Weekend: The Guinevere Deception by Kiersten White 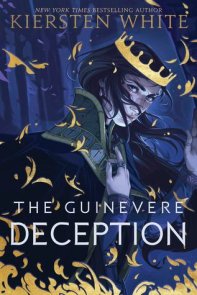 The Guinevere Deception by Kiersten White

Kiersten White has done some incredible work with retellings/re-imaginings like with her Conqueror’s Saga and Slayer, so it probably comes as no surprise that I was beside myself with excitement when I found out she was working on a new take on the Arthurian legend. Still, I was glad I kept my hype in check. Arthurian fantasy tends to be tricky because of its deeply rooted traditions in mythology, and I haven’t found too many books that can clinch the mainstays of the subgenre while still managing to break free of some of its more restrictive elements to tell an interesting story. While The Guinevere Deception was a really good effort, it still didn’t quite deliver the balance I wanted.

The opening to a new series called Camelot Rising, the novel is so titled because it follows the story of a very different version Guinevere—a Guinevere who is not a princess, but a pretender. Trained and tasked by Merlin to be a guardian, our protagonist is a forest witch who is sent to Arthur to be his queen and protector after the real Guinevere dies in a convent. While our imposter can recall not much else from her past, she is determined to succeed in her mission, throwing her full effort into playing the part given to her especially after her arrival in Camelot and witnessing Arthur’s kindness and gallantry for herself.

After marrying the king, Guinevere sets to learning more about the kingdom and the people who spend time with her husband at the castle, assessing for threats. Despite Arthur’s goodness, there are always those who wish to do him harm, including the followers of the Dark Queen, whom he defeated years ago. But as she discovers more about the history of Camelot as well as some disturbing new information about Merlin, Guinevere begins to question her role in the venerable magician’s plan and doubt a lot of the things she’s been told. With her own life shrouded in mystery and forgotten memory, she is no longer certain she can trust herself to be the protector Arthur needs her to be.

As a legend of King Arthur retelling, The Guinevere Deception has all the right ingredients and includes many of the familiar names. If you’ve read Kiersten White before though, you also probably know of her propensity to throw in unexpected twists or to rework the story and characters with her own creative ideas like gender swapping and other revisions to increase diversity and representation. However, for the most part, such changes were pretty superficial. Instead, the main selling point for me—and what I believed would make this book special—was the protagonist and her origins as Merlin’s protégé masquerading as Guinevere in order to get close enough to Arthur to safeguard him from danger.

Unfortunately, the author kind of bungles this aspect. The one hook about novel I was really excited about, and well…it just wasn’t very interesting. First off, things took way longer than should have to take off. Here was this amazingly cool concept framing Guinevere as a formidable secret protector, but we spent much of this book stumbling around without any clue as to what’s going on, and whatever conflict there was took its sweet time to develop. Sure, Guinevere ends up making lots of friends, and every now and then we get a joust or a skirmish or two, but for the most part, a whole lot of nothing happens.

I will give the book this, though—the story makes for an excellent character study of Guinevere, exploring the themes of trust, loyalty, love and sacrifice. Because she knows so little about her past, that sets the stage for a lot of personal drama, and we the readers get to be front and center when she learns more about herself. Certainly, as someone who enjoys these kinds of stories, I didn’t mind this character-focused approach too much, though to be honest, I had expected a little more.

Thankfully, last 25-30% saw the plot take a number of exciting turns—admittedly, some of them were expected, but at that point I was happy to take anything that comes along to shake things up. A little too late to make me change my mind about my final rating for this book, perhaps, but it did give me a lot more hope for the sequel. I love Kiersten White too much to give up on this series, even though on the whole The Guinevere Deception didn’t do much for me. If you enjoy character studies or stories that are more about human drama, maybe you’ll have better luck with this, but I’m glad I reined in my expectations. On the whole, this was a decent read, but simply not the fresh and compelling Arthurian legend retelling I’d hoped for.

27 Comments on “YA Weekend: The Guinevere Deception by Kiersten White” 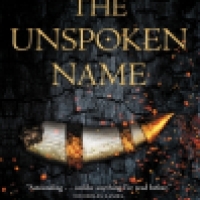 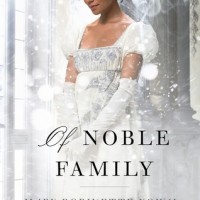 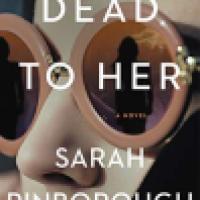 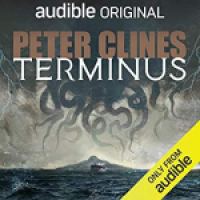