How Rory Thorne Destroyed the Multiverse by K. Eason

Series: Book 1 of The Thorne Chronicles

Not surprisingly, the first thing to catch my eye when I saw the publisher blurb for How Rory Thorne Destroyed the Multiverse was this little nugget: “The Princess Brides meets Princess Leia.” And now that I’ve finished the book, want to know how closely that description fits the reality? Well, pretty damn close, actually. This rollicking genre-bending adventure reads almost exactly like a fairy tale set in space, with an overload of fun, unique twists on the classic tropes we know and love.

Once upon a time in a space kingdom, there lived a king eagerly awaiting the birth of his son and heir—only, when the day finally arrived, everyone is shocked when the royal consort gives birth to a girl! While a firstborn daughter has not been seen in more than ten generations, the Thorne Consortium decides to move forward with the traditional Naming Ceremony in which the princess will be presented to the galaxy at large, as well as to each of the thirteen fairies invited to bless the child.  These blessings, which can range from a gift of beauty to a knack for playing the harp, can shape a person for the rest of their lives, but the 13th fairy instead bestows upon the newborn Rory a “curse”—the ability to see through lies and flattery, no matter how well concealed. Fortunately, the 12th fairy, who hadn’t given her blessing yet, responds by gifting Rory with tenacity and courage. And so, a new galactic legend is born.

Growing up though, our princess did not have the easiest time, especially when her father is assassinated and her mother gives birth a second time, this time to a boy, who unseats Rory as heir. Our protagonist is also betrothed to a prince of a distant world, Ivar, who is sweet but cowardly, and doesn’t make a very good impression on Rory the first time they meet. Still, she is whisked off to space station Urse the moment she comes of age in order to prepare for the marriage, but of course, fate has other ideas as always. Ivar’s nefarious regent, Minister Moss, has decided to seize power for himself, leaving it up to Rory to uncover the conspiracy and rescue the prince.

With shades of Sleeping Beauty playing at its edges, How Rory Thorne Destroyed the Multiverse is a gender-flipping fantasy-in-space opera that turns several major fairy tale themes on their head. Reading it was an interesting experience because I recognized so many tropes, yet at the same time knew enough not to count on anything going as planned. This was the key feature that made this book so fun to read, as I could never guess where author K. Eason was going to take the story or the characters, only that it would lead to something unexpected.

Still, I didn’t feel as emotionally involved with this novel as I probably could have, and I place the blame squarely on its quirky narrative style. It felt a bit strange, to say the least, to be presented with this omnipresent voice which both seemed like an appropriate and tongue-in-cheek way to tell this story. Regrettably though, I don’t think I ever grew accustomed to it. While the writing itself was superb and I thought Eason handled the prose style with deftness and skill, when it comes to this type of historical narration in particular, I just feel that it puts a distance between me and the characters, which needless to say, impacted how well I was able to connect with Rory.

To be sure, it’s a pretty big hiccup, but happily not a deal breaker. I honestly enjoyed many of the features and elements in this book, from the world-building with its special brand of magic to the supporting characters like Grytt. This gave depth to the setting and plot, providing the little things in life that make a novel worth reading. The story also touched upon some meaningful themes, while keeping a lighthearted and cheerful tone. Overall, it’s a feel-good kind of book that goes down easy and smooth.

So, if you are looking for something fun, breezy, and fairy-tale inspired but are sick of the same old tedious retellings, definitely go ahead and give How Rory Thorne Destroyed the Multiverse a try. With its unconventional genre-mashing perspective and unique charms, it might very well turn out to be one of the most interesting sci-fi novels you’ll read this year. 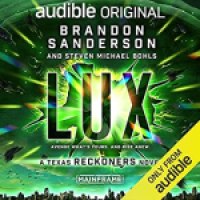 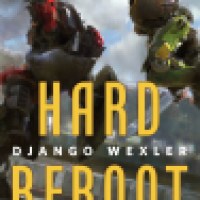