This was another book that caught my attention earlier this month as I was browsing Goodreads, and the pretty cover sure doesn’t hurt, either! Mainly, I am just so excited that there are trolls in this one. 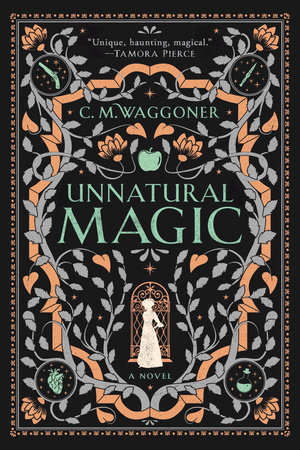 “Onna can write the parameters of a spell faster than any of the young men in her village school. But despite her incredible abilities, she’s denied a place at the nation’s premier arcane academy. Undaunted, she sails to the bustling city-state of Hexos, hoping to find a place at a university where they don’t think there’s anything untoward about providing a woman with a magical education. But as soon as Onna arrives, she’s drawn into the mysterious murder of four trolls.

Tsira is a troll who never quite fit into her clan, despite being the leader’s daughter. She decides to strike out on her own and look for work in a human city, but on her way she stumbles upon the body of a half-dead human soldier in the snow. As she slowly nurses him back to health, an unlikely bond forms between them, one that is tested when an unknown mage makes an attempt on Tsira’s life. Soon, unbeknownst to each other, Onna and Tsira both begin devoting their considerable talents to finding out who is targeting trolls, before their homeland is torn apart…”