Book Review: Record of a Spaceborn Few by Becky Chambers

Record of a Spaceborn Few by Becky Chambers

Record of A Spaceborn Few might be my favorite Wayfarers novel yet. Structurally and thematically, it is quite unlike either of its predecessors, but these differences from book to book are what I love most about this series. First, readers got to explore the galaxy and encounter new alien species and civilizations in A Long Way to a Small Angry Planet. In contrast, A Closed and Common Orbit was a smaller and more intimate affair, narrowing the scope to focus on the journeys of two outsiders who ultimately found home in each other. Likewise, this third volume in the series is a deeply personal tale, but at the core of its narrative, the novel also explores the evolution and development of human society, focusing particular attention on the shipborne descendants of the last people to leave a dying Earth.

Needless to say, the anthropology student in me couldn’t help but jump for joy. Chronologically, most of the events in Record of a Spaceborn Few take place right after A Long Way to a Small Angry Planet, though the story itself is a standalone. This time, Becky Chambers welcomes us to the Exodus Fleet, a collection of ancient ships home to the largest population of humans found outside the Sol system. Since their departure from Earth, generations have been born and raised here. And while some have left for greener pastures, never to return, others have chosen to stay and carry on the way of life. The Exodans have long abandoned their original goal of finding the perfect planet upon which to settle, deciding on space as their permanent home. The many centuries, however, has taken its toll on the fleet’s deteriorating hulls. In the novel’s prologue, an accident aboard the Oxomoco causes a catastrophic breach and decompression, killing tens of thousands.

As the rest of the fleet rushes to provide aid, the aftermath of accident is related through the eyes of our main characters, who are still affected by memories of the horror years later. Tessa is an Exodan, sister of none other than Ashby who left the fleet years ago to captain the Wayfarer. Her daughter was just shy of five-years-old when the Oxomoco disaster occurred, the trauma of the incident etching itself onto the little girl’s psyche. Then there’s Isobel, a senior archivist who has dedicated her life to recording and preserving the history and memories of the Exodus Fleet. Whether they are happy or sad, all significant events must be documented for posterity. Another character is Eyas, a “caretaker”, the euphemistic name for a person on the fleet who handles the remains of the dead in a highly ritualized process. Nothing is wasted in space, including the bodies of those who pass. Next is Kip, a teenage boy who has no idea what he wants to do with his life, other than the fact he wants to leave the Exodus Fleet as soon as he graduates. And finally, there is Sawyer, a young man from the colony of Mushtullo who arrives at the fleet in order to find his ancestral roots—and maybe, just maybe, a chance at a new life now that there’s nothing left for him planetside.

This book touched me in a profound, beautiful way. Years ago, when I was in college, I read an ethnography for class about a society of island people whose traditions were rapidly disappearing in the face of modern technology and civilization. More and more, their old ways were becoming relics of another era, and young people were leaving in droves for jobs and education on the mainland. To preserve their history and culture, the islanders who remained were a closely-knit community who fought hard to preserve their customs and beliefs that were handed down from generation to generation. I was reminded of all this, because in many ways, I saw parallels in the Exodus Fleet. For some, who can’t imagine a home anywhere else, perpetuating life on the fleet was paramount, while others who felt trapped by it were drawn to opportunities in the wider galaxy beyond. Then there are those who felt obligated to stay out of a sense of duty of guilt, or simply because this was the only life they’ve ever known. Outsiders, even those who came to discover and learn, were not always welcome and were sometimes mistrusted. And when it came to aliens—most of whom saw the Exodus Fleet as a quaint oddity at best, a futile drain on resources at worst—the emotions involved were even more confusing and contentious. This perhaps was best illustrated by the interludes featuring Ghuh’loloan, a Harmagian ethnographer who came to work with Isabel to study and write about the Exodan experience.

Like the previous novels, Record of a Spaceborn Few is celebration of life, love, and hope. The antithesis to the new crop of sci-fi coming out these days featuring nihilistic themes and gritty stories and characters, the Wayfarer series honestly feels like a breath of fresh air. There is just so much heart here, the message being that the galaxy might be a big and scary place, but you can always count on the best of humanity to come out in a crisis. Once again, I’m simply astonished at the level of warmth and compassion found in the individual character’s stories. Each person is someone you can relate to, someone you can come to care deeply about.

What more can I say? Becky Chambers is probably one of the most remarkable talents to break out in recent years, and even with three books under her belt in the Wayfarer series, she’s showing no signs of slowing down. In fact, I think her stories are only getting better and better. Go and read this book. Read A Long Way to a Small Angry Planet too, if you haven’t already. And A Closed and Common Orbit. Read it all. You won’t regret it.

More on The BiblioSanctum:
Review of A Closed and Common Orbit

33 Comments on “Book Review: Record of a Spaceborn Few by Becky Chambers” 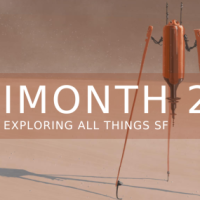 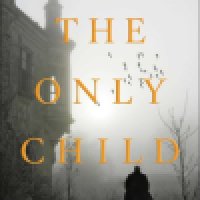