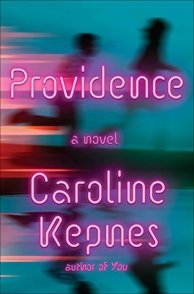 Providence is a very tough book to categorize, and as such, it probably won’t be for everyone. It’s also the perfect example of never judging a book by its cover. Talk about a complete failure to give the reader any idea of what to expect. The more I look at this unassuming cover, the more dissatisfied I feel towards with it, due to how much it undersells the singular and unusual nature of the story within.

The plot of this novel spans quite a few years, following the perspectives of three main characters. Two of them are introduced right away, as we begin the tale in a small quiet town in New Hampshire where middle school students Jon and Chloe grew up as childhood friends. Despite being very different—Jon is the weird and geeky outcast who is ostracized by the other kids at school, while Chloe is pretty and popular—they share a love and understanding only the two of them can show each other. And then one day, Jon goes missing, turning Chloe’s world upside down. For the next four years, she tries hard to keep the faith, believing that her friend is still alive and will come home soon. But after a while, even the strongest hope starts to fade, and in high school, Chloe finally decides it’s time to move on and live her life. The memory of Jon, however, is never far from her mind.

Then, a miracle happens. Jon suddenly resurfaces, shocking the country when he reveals the truth of where he’d been. Kidnapped by an eccentric substitute teacher with an obsession with H.P. Lovecraft, Jon had been imprisoned in a basement since the day we went missing, kept hidden and immobile in a comatose state. But one day, Jon simply woke up, with only a copy of The Dunwich Horror for a clue as to what his abductor did to him, for Jon has become a different person in more ways than anyone can imagine. All grown up now, Jon finds himself in an older, bigger body that is completely unfamiliar to him, but it also appears he has emerged from his ordeal with a terrible power he cannot control. It seems that being in close proximity to anyone he has intense feelings for will inevitably make them go into cardiac arrest, killing them, causing Jon to withdraw from those he cares about. But of course, since he has told no one the truth, that only causes confusion and pain to his family and friends, especially to Chloe, who can’t understand why her old friend has become so distant and cold.

Skip ahead a few years later, and Chloe has become a famous artist while Jon has become a recluse, trying to rid himself of his curse by embarking on a personal mission to track down the man who kidnapped him. But try as he might to keep a low profile, over the years Jon has accidently caused a number of fatal premature heart attacks, catching the attention of a local detective. As the novel’s third POV, Eggs has been obsessively tracking these mysterious deaths for years, and a recent break in the case has given him a new perspective and idea on where to look.

Needless to say, Providence is full of surprises, and not least of them is the strong connection to Lovecraft and his works. Not being familiar with The Dunwich Horror at all, I can’t say for sure how much it inspired this story or whether Caroline Kepnes intended this to be a retelling of sorts, but it is referenced time and time again and becomes important to the character of Jon. Additionally, as with a lot of books containing a Lovecraftian angle, the story gets a little weird, though this merely reaffirms my belief that Kepnes understands what Lovecraft is all about. There was even a particular section, in which Eggs’ wife Lo the English professor tries to explain to her clueless husband why Lovecraft is such a big deal, that made me nod my head as I read a long and think to myself, YES, YES TO ALL OF THIS. While the man has been a controversial figure in life and in death, the ideas and motifs in his writings have resonated throughout literature, especially with the horror community. And of course, because you can’t explore Lovecraft without acknowledging the passionate fanbase, I loved that Providence also included a fascinating look at the subculture of Lovecraft conventions and fandom.

Now, with regards to what I didn’t like so much, my main criticism goes back to my point about this book being difficult to classify. In a way, it’s a little bit of everything: mystery, thriller, romance, horror, contemporary, fantasy—and I’m probably missing a few other labels besides. The point is, it doesn’t fit neatly into any category, and as a result, sometimes things can feel a little messy. Also, if you’re the kind of reader who needs answers, then this not a book for you. There are a lot of things that don’t get explained, so be prepared to go in with realistic expectations and a willingness to roll with the punches. And finally, I never felt truly connected with Jon’s plight with Chloe, because it seemed like so much of his heartbreak was brought on by himself. Well, what do you expect when you run off on someone without a single word of explanation? I feel like so much of the drama could have been avoided if Jon had simply told Chloe the truth (or even just a plausible excuse) from the beginning, especially since such a big deal was made over their super close friendship.

Like I said, Providence won’t be for everyone, and I must admit to feeling a bit torn on it myself. However, if you’re in the mood for a novel that’s a little offbeat and different, this one certainly fits the bill. An interesting read for sure, and perfect for anyone looking for something completely unique and outside the box. 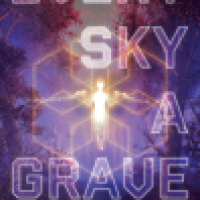 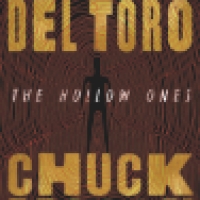 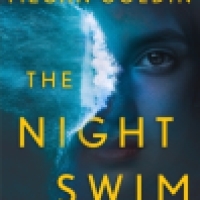 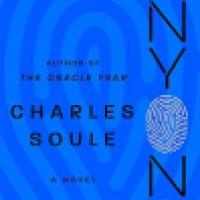 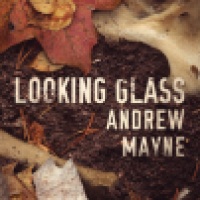