My thanks to the publishers and authors for the following review copies received! For more details and full descriptions of the books, be sure to click the links to their Goodreads pages.

Today we’re starting off with a parade of new sci-fi arrivals. Empire of Silence by Christopher Ruocchio is something of a new discovery for me; I didn’t find out about it until this ARC landed on my doorstep. There hasn’t been much attention for it so far, but good reviews and several descriptions of it as being “The Name of the Wind in space” is making me curious to take a look. With thanks to DAW Books.

Next up, a couple of surprise ARCs from the amazing folks at Tor. There appears to be a recent uptick in sci-fi humor releases lately, and Gate Crashers by Patrick S. Tomlinson looks to be joining the trend. Based on the synopsis I think it’s going to be a lot of fun. And speaking of fun, The Stars Now Unclaimed by Drew Williams is described as an adventure-filled ride around a far-future galaxy in the tradition of Firefly and The Expanse. Let’s hope it delivers!

With thanks to Saga Press, I also received this hardcover copy of Space Opera by Catherynne M. Valente. I didn’t even know this one had an HC edition, and it’s so pretty! And here’s my review in case you missed it earlier this month.

Also thanks to Simon & Schuster for a finished copy of The Completionist by Siobhan Adcock. The release date of this one snuck up on me quick. I still have plans to check out this near-future dystopian, so hopefully I’ll get some time next month to fit it into my reading schedule.

And of course, if you caught my review earlier this week, you’ll know how much I enjoyed Warlock Holmes: My Grave Ritual by G.S. Denning. I started the book practically the moment I got it, that’s how much I love this series. With thanks to Titan Books for sending me a review copy.

Next up, more goodies from Tor, in the form of several finished copies. In The Region of the Summer Stars by Stephen R. Lawhead was a surprise arrival, the first book of a new epic fantasy adventure series. Lawhead is an author I’ve seen popping up around a lot, but I’ve never read him, and I’m thinking his might be the perfect opportunity to try. With thanks to the publisher’s YA imprint Tor Teen, I also received these finished copies: Dive Smack by Demetra Brodsky is a book I actually hadn’t heard of before it arrived, but it looks to be a thriller. Reviews have been pretty positive so far, so I definitely want to take a look. And Guardian by A.J. Hartley is the third book of the Steeplejack series. I’m not caught up yet, but I did enjoy the first volume and I do have the second one on hand, so hopefully I will be soon.

With thanks to Lenny Books, I also received Providence by Caroline Kepnes, described as a supernatural thriller with a strong touch of Lovecraft. I actually wouldn’t have thought there would be anything Lovecraftian about this book, but I probably should have guessed from the title. I still know next to nothing about this one, but I’ve already seen a couple of amazing reviews from bloggers I follow, so I expect I’ll be reading this one very soon.

Earlier this month I also received an ARC of Driving to Geronimo’s Grave and Other Stories by Joe R. Lansdale from the awesome team at Subterranean Press. I’m not really into anthologies, but I may have to give this one a go anyway, because I still haven’t read anything by this author and I really really want to.

Finally, wrapping up this batch is The Memory of Fire by Callie Bates, the sequel to her debut The Waking Land. I actually finished this one recently, and I’m still not sure what to think about it, mainly because the focus has shifted to another character and in this case the POV change didn’t really work for me. I’ll be talking more about that in my review, which should be posted soon. My thanks to Del Rey for the finished copy. 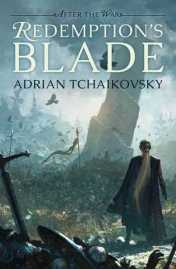 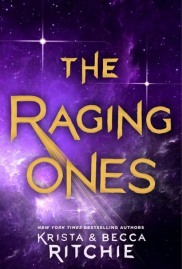 Just a few new books in the digital pile this week. What’s this? Have I finally learned to show self-restraint? Eh, probably not, as the following are all from NetGalley where my TBR could still use a break from requesting. First up is Fire & Heist by Sarah Beth Durst, whom I’ve become a big fan of since her Queens of Renthia series. I actually featured this one in a past Waiting on Wednesday post, so I was really excited to be approved, with thanks to Crown Books for Young Readers. I was also happy to snag an eARC of Redemption’s Blade by Adrian Tchaikovsky, the first book in a new epic fantasy series. I’ve been wanting so badly to read more by the author, so this is perfect. Thank you, Solaris Books! Last but not least, last week I was sent a invite widget for The Raging Ones by Krista & Becca Ritchie, courtesy of St. Martin’s Press/Wednesday Books. After reading the book’s incredible synopsis and a few early rave reviews, it became impossible to resist. See, I told you I haven’t learned.

Here’s what I’ve managed to “unstack” from the TBR since the last update. I’ve only gotten a couple of them reviewed, so stay tuned for more.

← Friday Face-Off: Creeping Vines
YA Weekend: Bring Me Their Hearts by Sara Wolf → 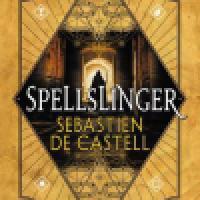