“You know your A, B, Cs”
~ a cover featuring only LETTERS & WORDS

It feels apt to choose an epistolary novel for the theme this week, and I’ve gone with a fun one. World War Z is a apocalyptic horror novel featuring a collection of individual accounts chronicling the global devastation following a zombie plague.

Let’s take a look at some of the covers:

I’m not exactly the biggest fan of text-only covers, so I was glad to find plenty of graphical ones to choose from as well. These ranged from the atmospheric (Romanian Edition) and chaotic (Bulgarian Edition) to the creepy (Finnish Edition) to the downright insane (Thai Edition). In terms of overall aesthetics and art style preference, however, I’m going to have to go with the Portuguese Edition as my winner. It’s just so “classically zombie”.

← Book Review: The Infernal Battalion by Django Wexler
YA Weekend Audio: The Defiant by Lesley Livingston → 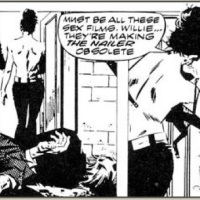