This week’s topic: Top Ten New-To-Me Authors I Read For The First Time In 2017

How often have you said to yourself, “OMG! Why did it take me so long to read <insert author’s name>’s books?!” For me that feels like a very frequent occurrence which is why I love today’s topic – and why I’m also happy to be making another one of these lists, this time for 2017.

*** Note that I’m generally focusing on authors who have been writing for many years, or already have several novels/short stories out, otherwise this would be a very long post! I also won’t be naming any debut authors today (because I already made that list! 🙂 ) *** 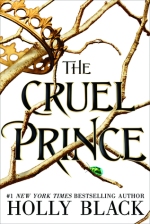 The Cruel Prince was my first Holly Black book and I think I’m in love. And to think, I wasn’t sure I was going to like it when I initially heard it was going to be about faeries, figuring I’m going to get a slightly different version of something I’ve seen a thousand times before. Well, I couldn’t have been more wrong. While I may be new to the author’s writing, already I’ve read enough to know I love her style. Holly Black left me utterly spellbound with her lusciously rich and dark prose, bringing the dangerous, seductive world of Faerie to life. She’s also a master at creating tension, beguiling me both with scenes of brutal gut-wrenching violence and descriptions of intricate political maneuvering and power plays. If you find yourself sick and tired of the boring, formulaic YA novels that are flooding today’s market, then The Cruel Prince may be the answer to your woes. 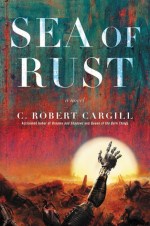 After hearing everyone rave about the works of C. Robert Cargill, I finally got to read one of his books. My verdict when I finished Sea of Rust? The praise is justified. Sure, books about machines that become the dominant intelligence on earth and seizing control of the earth away from humans are a dime a dozen, and so are post-apocalyptic novels, for that matter. But here’s a book that combines those two ideas and twists them into something fresh, and the result was a thrill ride through a very different post-apocalyptic setting. Weaving a story filled with both action and emotion, Cargill has written a novel that is meaningful, unique, and entertaining. I’ll definitely be reading more by him. 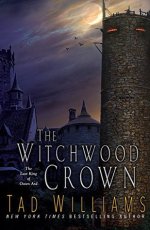 The Witchwood Crown is the start of a new series set in the universe of Tad Williams’ Memory, Sorrow, and Thorn trilogy, though I believe it would serve as a decent jumping on point for readers new to the author and his books. This was my first experience with his work and I found I was able to follow the story quite easily, excepting some initial confusion over the lore of Osten Ard and the different inhabitants that make the continent their home. Thankfully, in a lengthy novel like this, there’s plenty of world-building and no shortage of opportunities to catch up on all this information so it wasn’t long before I felt totally at ease in this new setting. Williams takes a big-picture look at how several generations deal with problems threatening their kingdom, and while the sheer scope of it can feel a little overwhelming at first, a willingness to invest some time and patience in the story will eventually pay off. I feel like I have a stronger, more confident grasp of the world now, and I look forward to continuing with the next book of the series.

Ambitious in scope and audacious in its execution, A Gathering of Ravens spectacularly weaves together the threads of history and mythological tradition, spiriting readers away on a journey through legend and time. Author Scott Oden combines elements from Norse and Celtic lore with the richness of the early medieval landscape to create a novel that is epic in every sense. I’ve wanted to try his books for a long time, and I’m glad I finally did.  Oden’s delectable prose and attention to detail brought this story to life before my eyes, immersing me in a riveting world steeped in history and myth. I was also amazed at how easy it was to instantly engage with plot and feel invested in the characters. Clearly there’s a whole lot here to fall in love with, and I would not hesitate to recommend this novel to all fans of dark historical or mythical fantasy. I can’t wait to read more by the author. 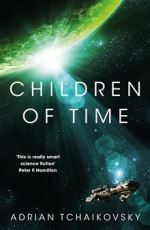 Children of Time was my first novel by this author, and wow, what a way to start my initiation into the Adrian Tchaikovsky fan club! I have never read anything quite like this book before, and I have to say the praise it’s gotten has been well deserved. As a huge life sciences geek, I just loved this. Also, Tchaikovsky deserves extra bonus points because it takes a real talent to write genuine, relatable and sympathetic non-human characters, and even more when they are effectively overgrown, freaky arachnids. Don’t think you can ever bring yourself to root for a giant spider? There’s a really good chance this book will change your mind. It’s gotten such high ratings for a reason. Children of Time is one of the smartest, most remarkable and innovative science fiction novels I’ve read in years and now I can’t wait to read more by the author.

Now I really wish I had read Frances Hardinge sooner, because in a word, she’s amazing. A Face Like Glass was my first book by her, and everything about this novel is pure imagination and magic, and needless to say, I loved every moment. The story is also fast-paced and addictive, and with surprises waiting at every turn, I can’t say there was ever a moment where I felt bored. It also has something I don’t often find in a lot of Young Adult and Middle Grade books—rich imagination and a shockingly original and unpredictable storyline, refreshingly light on cliché or stereotypes. Every page was filled with new and interesting ideas, and I was completely taken with the writing, which is so beautiful and clever. Consider me a fan. This may be my first book by Hardinge, but you can definitely count on me to read more!

Cold Welcome was my first Elizabeth Moon, and what an excellent surprise it was! Knowing little about the book, I dove right in thinking it would be your run-of-the-mill military science fiction, so imagine my delight when I found out it was more of a survival adventure. Even though it is actually the first book of a new sequel series to Vatta’s War, I still found it perfectly accessible as a newcomer to the world. Also, I love sci-fi survival stories. They pit characters against the harsh environment—not an enemy you can just shoot. It’s always nice to get something unexpected, even better when the surprise turns out to be so much fun, and after this book I can’t wait to try even more by Elizabeth Moon.

I never expected I would read Paul La Farge, not to mention that The Night Ocean isn’t exactly what you’d call my usual genre. However, its subject matter was simply too enticing to resist. While it’s true that I’ve always been drawn to books inspired by the writings of H.P. Lovecraft, perhaps just as interesting—if not more so—are the stories about the man himself. The Night Ocean is an intricately woven web of fact and fiction, combining Paul La Farge’s rich imagination with the results of what must have been hours upon hours of painstaking research into the life of Lovecraft. While I found the author’s writing style somewhat quirky and disjointed, I nevertheless managed to get into the rhythm of the story quickly, becoming mesmerized by extraordinary lives of his characters.

I can’t believe it has taken me this long to finally read Peter S. Beagle. With the deft tough of a master storyteller, he weaves a strong thread of mythology into In Calabria, a gorgeous and emotional novella about love, sacrifice, and courage. Reading it was like stepping through a veil and into a dream, crossing into that secret and magical place where everyday life comes face to face with the fantastical. Magical realism fans are going to want to take note for this one. It’s a short and simple tale, but packed with some powerful themes. I’ve always loved stories with unicorns in them, especially those that portray them in meaningful ways, and if anyone can be relied upon to write a book that does just that, it is Peter S. Beagle. In Calabria will draw you in and make you feel like a part of its breathtaking world. Highly recommended for readers who love genuine characters, evocative settings, and storytelling with a touch of pure magic.

Don’t you just love it whenever a horror novel lives up to its promise? Or how about when you find an author who is worthy of the hype? I first found out about Ania Ahlborn a few years ago when her book The Bird Eater was released, and so when The Devil Crept In came out last year, I decided to give it a try. For a straight-up entertaining and chill-you-to-your-bones good read, I really can’t recommend this book enough. No joke, I actually had to stop reading it at night because it was getting too disturbing and creepy for me, and you know I’m not one to scare easily. If this is what I’ve been missing out on for so many years, I wish to hell I’d started reading Ms. Ahlborn’s books sooner. The Devil Crept In might be my first novel by her, but it certainly won’t be the last. 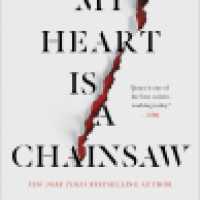