Audiobook Review: All Those Explosions Were Someone Else’s Fault by James Alan Gardner 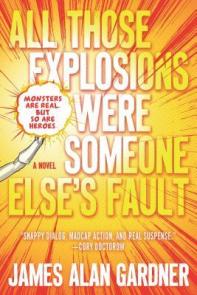 I think we can all agree that superheroes are awesome. Like most fans, I love reading about their powers, their adventures, and the lore that surrounds them and their origins—and for a long time, comics have been the go-to for my fix. However, recent years have seen an influx of superhero novels hitting the SFF arena, and while arguably the good ones have been far and few between, that has not stopped me from checking out new ones whenever they come out.

Hence my latest venture into the genre, a quirky novel bearing the equally quirky title of All Those Explosions Were Someone Else’s Fault. The short version of the description is Sparks vs. Darklings—Sparks being akin to traditional superheroes, while monsters are the supernatural creatures of folklore and legend, such as ghosts, vampires, lycanthropes, demons, and the like.

The long version of this story though, begins with an ordinary college student named Kim Lam who attends the University of Waterloo in Ontario, Canada. One night, she and her three roommates Miranda, Shar, and Jools notice a group of Darklings lurking suspiciously around in one of the engineering buildings on campus. Deciding to investigate, they accidentally end up getting caught in a freak scientific explosion, which transforms them all into Sparks. Endowed with amazing new powers, the four friends decide to take it to the next level by donning costumes and giving themselves superhero names.

There’s plenty to like about this book, most notably the world-building. In what is perhaps one the best opening chapters I’ve ever read, James Alan Gardner show us how very different Kim’s world is from our own by offering us a little story about a demon, a were-beast, and a vampire who walk into a bar. Not only does this set the tone for the rest of the novel, it also introduces readers to the Darklings, a cabal of wealthy elites who have managed to buy their way into power and immortal life, becoming reborn as undead creatures through an agreement called the Dark Pact. Sparks, on the other hand, have abilities based on a more complex science-magical system, fueled by a force called the Light.

I also enjoyed the refreshingly diverse cast. Kim, a self-described “short, queer Asian”, is a geology major who has gone through many personas and evolutions of her identity in an attempt to find herself and see where she fits in. We find her still struggling with this even when the story begins, as her narrative gradually reveals a young woman who is emotionally aloof and unsure of how best to express herself. Kim also lives with three other scarily smart women, including Chemistry major Shar, whose fussy ways and talent for baking the most delicious cookies has earned her the role of “mother hen”; Physics major Miranda, who sings with the voice of an angel; and Biology major Jools who loves hockey and worships Wayne Gretzky. Despite the congenial relationships between the four women, readers get the sense at the beginning that Shar, Miranda, and Jools are merely “the people I live with” to Kim, but eventually their shared experiences lead them all to a deeper, more meaningful camaraderie and friendship.

Also, a shout out to the fact that this book takes place in Waterloo. I’m a transplanted Canadian who considers myself a Torontonian at heart, but UoW was one of my old haunts because I had friends who studied there. There was a surprising moment when I found out this story was set there, followed by a rush of nostalgia when I realized how much of the culture Gardner had managed to nail down just right.

And now, for my least favorite part of a review—in which I talk about what I didn’t like. In truth, I would have given this book a 4-star rating or higher, had it not been for a couple of (in my eyes) major flaws. The first of these was the info dumping. There’s too much filler in general, which ruined what could have been an action-packed and fast-paced book. Several dozen pages could have been shaved off, cutting out the bits that didn’t add much to the story, and the pacing and flow would no doubt have been much improved.

The second issue that put a damper on the experience for me was Kim herself. She’s a great character, but like many “new adult” books of this type, the wishy-washiness of the protagonist can sometimes drive me to frustration and rage. Kim managed to kill a lot of the fun by constantly bringing up the past and pining for an old romantic interest. She’s gone as far as to invent new personalities for herself to forget some of the painful memories and unpleasantness—which would have been fine, if not for the fact that she herself is the one dredging up those bad memories in order to relive and obsess over them.

And thus, my search for a great—and not just merely decent, or good—superhero novel continues. That said though, minus my gripes above, All Those Explosions Were Someone Else’s Fault was still a fun superhero novel, and I’m glad I got to read it. I hear a sequel is planned, and while I’m not sure I’ll read it yet, it’s good to know there will be more adventures on the horizon for Kim and her friends.

Audiobook Comments: This audiobook exemplifies top-notch voice acting. In a story where the majority of the characters were young college-aged women, it was still easy to tell who was speaking the dialogue at any given time because narrator Emily Woo Zeller did an excellent job varying her voices, tones, and accents. Overall a great listen.

13 Comments on “Audiobook Review: All Those Explosions Were Someone Else’s Fault by James Alan Gardner” 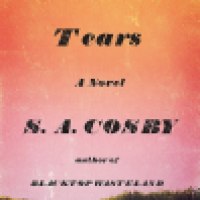 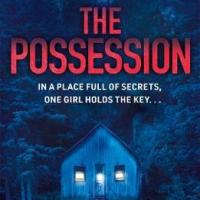 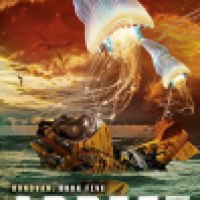 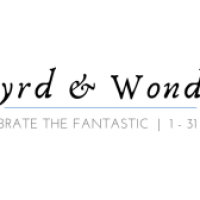