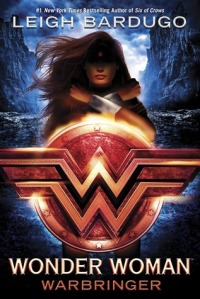 “Diana searched her memory for everything she’d been told about mortals, the soft stuff—eating habits, body temperature, cultural norms. Unfortunately, her mother and her tutors were more focused on what Diana referred to as the Dire Warnings: War. Torture. Genocide. Pollution. Bad Grammar.”

Both DC and Marvel have been intent on bringing their stories to different audiences through different mediums. The movies are obvious, but Marvel, in particular, has been hitting up the YA market for a while. Now DC is tapping some of the popular YA authors to ride the wave of mainstream attention that the movies have brought, with a focus specifically on the female heroes. So, unsurprising after Gal Gadot and Patty Jenkin’s success on the big screen, here’s a Wonder Woman book that takes us back to the island of Themyscira in yet another take on how Diana left her beloved Amazons to save the world.

I wanted to like this book, but from the beginning, the premise is… off. Diana no longer rescues Steve Trevor from certain doom and ventures off to save the world from war. This time, it’s a young woman named Alia Keralis–an ancestor of Helen of Troy. This makes her the Warbringer, which means her existence sets the course for the next age of bloodshed and misery. Because it wasn’t jealousy or any of the other reasons cited that caused everyone to go to war. It was just that, well, I guess we can say There’s Something About Helen. Not humanity’s greed, envy, thirst for power and violence, or anything like that. It’s just that when people are around Helen and her descendants, they just seem to want to kill each other.

I wanted to give this concept the benefit of the doubt, but tying all of the world’s horrible events to this one 16-year-old girl and her bloodline leaps too far into the implausible. And when the plot twists happen, they take the book to a new level of mustache-twirling ridiculousness that disappointed me further.

Which is all very unfortunate because I did enjoy Bardugo’s take on a young Diana, trying to earn her place among the Amazons who see her forever as a coddled princess who has not earned her stripes because of the nature of her clay birth. She and Alia share some traits in common, what with Alia wanting desperately to be herself despite the expectations of the pharmaceutical company legacy left behind by her parents. Her brother has embraced his role, but Alia refuses to accept this label, especially with this new mantle of Warbringer also being thrust upon her.

Bardugo writes Diana as naive by necessity, but her lack of knowledge of the ways of modern day New York City aren’t simply played as jokes and Alia isn’t forced to cover for her ignorance at all times since Diana is generally aware that she must learn to fit in and hide her newly discovered abilities. She also gets to confront and learn about sexism and racism in ways that she has not faced before in her world through scenes that Bardugo writes smoothly, rather than making any particular moment feel inorganic or “preachy.”

Given the way Bardugo writes a young adult Diana, I find myself wishing that the author had not been constrained to this particular plotline so that I could have properly enjoyed the character’s journey.

11 Comments on “YA Weekend: Wonder Woman: Warbringer by Leigh Bardugo” 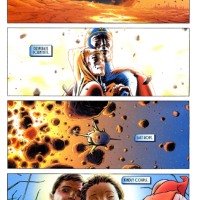