Back in 2014, the idea for Tough Traveling started with Nathan of Fantasy Review Barn who came up with the excellent idea of making a new list each week based on the most common tropes in fantasy, as seen in (and inspired by) The Tough Guide to Fantasyland, a tongue-in-cheek parody of the fantasy genre by Diana Wynn Jones. It was widely successful, with over fifty bloggers participating at one point before it went on hiatus. But now Tough Traveling is back, with huge thanks to Laura from Fantasy Faction for reviving the feature! Every first of the month we’ll be posting a list of books that fit a particular theme, with the next month’s theme also to be announced. Interested in participating? Well, grab your traveling packs and come along! You are welcome to post your Tough Traveling lists anytime during the month.

The Tough Guide defines an Adept as ‘one who has taken what amounts to a Post-graduate course in Magic. If a Magic User is given this title, you can be sure he/she is fairly hot stuff. However, the title is neutral and does not imply that the Adept is either Good or Evil.’

The Invisible Library by Genevieve Cogman

Our protagonist Irene may only be a junior librarian, but don’t estimate her skills with magic. At the beginning of this series, she is even assigned a new assistant to train, a young man with a mysterious past named Kai. As part of a secret society of librarian spies, their mission is to travel to different worlds, procuring and archiving important works of fiction from all across the multiverse. Not only is Irene educated by the best at the great Invisible Library, the central hub of this vast interdimensional network, she has also spent her entire life there raised by librarians.

The Burning Isle by Will Panzo

The protagonist of this story is a young spellcaster named Cassius, newly arrived on a lawless island ruled by two warring crime lords, though in truth, the real power resides with an enigmatic general who oversees everything from his stronghold deep in the wilderness. It is Cassius’ intention to shake up this system, though first he has to make a name for himself. He quickly manages this in spectacular fashion, defeating a rival spellcaster in a very public prize fight on the very first day. No one knows who this young man is or where he came from, but what’s clear is that he has been very well trained.

Balfruss is our main battlemage character, one of only six who has answered the King of Seveldrom’s call to arms against the mad Emperor Taikon’s invading army from Zecorria. It is said that their enemy is led by a powerful figure known only as the Warlock, prompting the need for powerful adepts like Balfruss and his peers to defend the realm, fighting in abstract and magical ways that deal more with the mind.

Sorcerer to the Crown by Zen Cho

As the crown’s sorcerer, Zacharias Wythe is the first black man to hold the highest office in his profession in Britain, a fact that makes him the target of much opposition and bigotry from many of his so-called “socially-refined” peers who feel that a freed slave should not have risen so far above his station. And just when he thinks life couldn’t get complicated enough, along also comes Prunella Gentleman, a mixed-race young woman of considerable thaumaturgical power, and Zacharias takes it upon himself to mentor her in a society where women using magic is considered anathema.

While many magicians may reach the status of adept by earning an education at recognized magical institutes under professional guidance, there are just as many who manage to reach those levels of proficiency through their own self-directed study. Arlen Bales is such a character, becoming the world’s greatest warder by traveling across the land and learning from the ancient texts he has uncovered.

Join us next month for another edition of Tough Traveling! The theme will be:

The Tough Guide offers information on various kinds of fantasy strongholds. For example,  you might be looking for CASTLES, complete with ‘frowning battlements, slit windows and multiple defensible spiral stairways inside’ and which ‘occasionally adorn the heights for pictorial effect’. Or perhaps TOWERS, which ‘stand alone in WASTE AREAS and almost always belong to wizards.’ Towers are often ‘several storeys high, round, doorless, virtually windowless, and composed of smooth blocks of masonry that make them very hard to climb. The Rule is that there is also a strong no-entry SPELL, often backed up by a guardian DEMON.’ 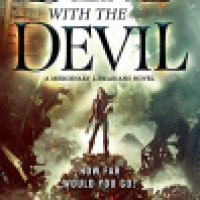