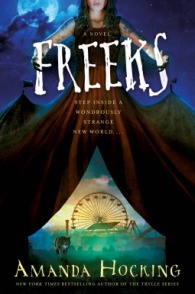 Continuing with my ongoing love affair with books about carnivals or circuses, I decided to check out Freeks by Amanda Hocking which features a group of traveling sideshow performers in the 80s as they travel across the country looking for work.

The story stars Mara, a teenager who has practically spent her whole life growing up on the road with Gideon Davorin’s Traveling Carnival. While their show boasts many of the usual attractions, what most folks don’t realize is that many among Gideon’s crew actually possess supernatural powers. For example, they have a telekinetic on staff who helps out with a lot of their magician’s “tricks”. Their trapeze artist has abilities to manipulate the air around him so that he can never fall. Mara’s own mother is a fortune teller who gains insights about her clients’ lives by being able to commune with the dead. However, despite being surrounded by these powered individuals and being the daughter of one herself, Mara has no special abilities. She has sometimes wondered what it might be like to settle down and live like “normal” people, but the carnival is the only family she has ever known, and even though the going can get tough sometimes, Mara loves her life and can’t imagine it any other way.

That is, until Gideon takes up a contract to set up camp in a small southern town named Caudry, and sparks fly between Mara and Gabe, a handsome local boy she meets at a party. Mara likes Gabe—a lot—and he seems to like her too. But how would he feel once he finds out she is a carnie? On the other hand…does he even need to know? By this time in two weeks the sideshow will be on the road again and Mara would be on her way to their next destination; if the relationship is doomed to fail anyway, she sees no harm in withholding a few personal details, especially since Gabe seems to be keeping some secrets himself. Before long though, Mara has more pressing matters to worry about. One by one, members of Gideon’s crew go missing or come under attack, savaged by some mysterious creature. Caudry also seems to be giving off some strange, bad vibes. The carnival came here in the hopes of making some extra revenue, but if the incidents keep up at this rate, Mara fears they’ll run out of performers long before their contract is up.

What I didn’t realize before starting this book was how prominently it would be featuring the romantic side plot. While that by itself isn’t always a negative, it is somewhat frustrating when you get teased all these other fascinating elements in the story, such as the sideshow’s supernatural performers and all the peculiar goings-on happening around Caudry. I wanted more of the carnival life, more details on the backgrounds and personalities of the people working there, and more development into the mysteries of the town. But instead, most of what we got was Gabe, Gabe, and more Gabe. The story keeps shoving his and Mara’s relationship down our throats and I can’t help but think way too many pages were wasted in this area.

Plus, after all this buildup to the grand finale where supposedly huge revelations would be revealed, the results were decidedly underwhelming. When all is said and done, the mystery felt much smaller than it was meant to be, and reasons are clear as to why: there’s actually very little plot in this book. Like I said, most of it is padded by the romance, and I won’t deny that this is somewhat disappointing. Hocking has set up something really cool here, creating a world where people with supernatural abilities live among us, then shining a spotlight on a traveling sideshow run by many of these special individuals. However, instead of exploring this aspect, she has decided to go with the tired and well-trod route of “yet another YA romance” while adding nothing too new or different to the formula. Big time missed opportunity here, which is what gripes me the most.

In sum, Freeks had the potential to be more but ended up being rather average. Too much emphasis was placed on what was arguably a lackluster romance complete with stale dialogue and hints of insta-love, while regrettably the best and most interesting aspects of the story were underplayed. The book wasn’t bad, but it wasn’t great, just another ordinary middle-of-the-road YA fantasy novel.

Audiobook Comments: I’m glad that I listened to the audiobook version of Freeks, otherwise my rating might have been slightly lower. The performance by narrator Em Eldridge made up for some of the weaknesses of the story, as talented voice actors and actresses are able to do sometimes. For one thing, she’s great at accents—when a character’s description states that they have a southern drawl, for example, that is exactly what she delivers. Her energy also gives life and personality to everyone in the story, especially Mara. I believe this is the first book I’ve ever listened to Ms. Eldridge read, but I’ll definitely be looking for more audiobooks narrated by her in the future.

29 Comments on “YA Weekend Audio: Freeks by Amanda Hocking” 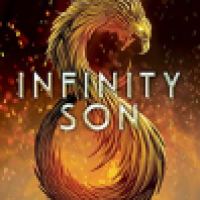 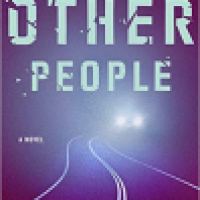 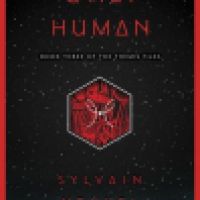 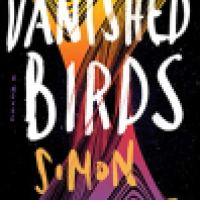