Book Review: The Rising by Heather Graham and Jon Land 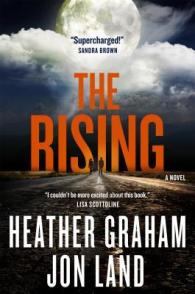 The Rising by Heather Graham and Jon Land

Heather Graham is such a prominent and prolific writer that these days it’s nearly impossible to walk into a bookstore or even the books section of your local grocery or department store without seeing her name on something. That said, even though Graham has been on my radar for a while, I must confess I’d been woefully unfamiliar with her work. Up until recently, I honestly thought she only wrote exclusively romances and contemporary mysteries, when in fact her novels actually run the full gamut of genres.

So I was a little surprised when I got a pitch about The Rising, co-authored by her and Jon Land. As you can imagine, the tagline “Stranger Things meets X-Files and Independence Day” piqued my interest right away, for up until that moment I’d only been vaguely aware of this book, with absolutely no clue what it was about, let alone that it had any sci-fi or paranormal elements. Now that I’ve read it though, I want to add one more comparison to the list. Back in 2002 there was a miniseries on the Sci-Fi Channel called Taken, and without spoiling the plot too much, I have to say reading The Rising also brought me back to many of the show’s moments, on top of those that have already been mentioned.

The story begins on the night of a huge high school football game. Star quarterback Alex is expected to take the team to championships, and everyone has shown up to cheer them on including his quiet and somewhat nerdy classmate and tutor, Samantha Dixon. For years, Sam has harbored a secret crush on Alex, even though they’ve always traveled in different circles. Currently she is interning at NASA, hoping that it will lead to a career with them after she graduates, while Alex is already on his way to becoming a famous football player, having been offered numerous scholarships.

But then disaster strikes on the field, and Alex is rushed to the hospital. Overnight, he finds his world changed and his future uncertain…but not for the reasons you would expect. Physically, the football accident he suffered actually left him relatively unscathed, but results of his various medical tests have raised concerns with his doctor, who finds something peculiar in Alex’s brain scan. Before it can be investigated though, the doctor is murdered, followed by Alex’s parents. Someone seems to be targeting Alex and those close to him, and he has no idea why. Now his only hope of survival rests with his friend Sam, whose work contacts may be able to shed light on the nightmare his life has become.

The Rising is mostly a thriller mystery novel—and in fact, Alex’s whole life becomes a riddle to be solved, once he realizes everything he has ever known is now in question—but there is also a good mix of other genres, including the big ones of romance and science fiction. I would even go as far as to say there could be some Young Adult appeal to this, even if the storytelling feels more mature despite the teenage protagonists. And yet despite all these moving parts, the novel remains a well-balanced and fast-paced read, the authors constantly driving the story forward never once allowing it to flag. They manage this by packing the plot full of action and violence, and even during the quieter moments they are laying down important clues or following them up.

However, I will say the writing took some time getting used to. It’s unclear how much of it has to do with this being a co-authored book, since I have not read either Graham or Land before picking up The Rising, so I don’t know enough to say whether or not their writing styles are compatible. The prose felt choppy to me sometimes, and scenes and POV changes didn’t always transition very well, plus the ending also came and went too abruptly. The short chapters probably didn’t help the unevenness of the writing either, but fortunately, the going does get easier once you fall into the rhythm of things.

All told, I enjoyed The Rising. The authors might not have set out to be groundbreaking with their book, but overall I found it to be a fun read and satisfying for what it was. I went into the novel expecting it to be a high-octane genre bender, and got exactly what I wanted—a romantic suspense sci-fi thriller that never ceased to entertain.

19 Comments on “Book Review: The Rising by Heather Graham and Jon Land” 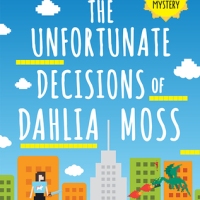