“When the people with authority don’t have to answer to citizens of the galaxy, the result is tyranny.”

I love Gray’s Lost Stars for many reasons. I love this book even more for many other reasons, most of which involve utter heartbreak. This was a hard read. Mainly because, after four decades of loving the swashbuckling adventure that is the Star Wars saga, I’m slowly waking up to its reality, which TFA brought to light and Rogue One solidified. For as fun as this adventure is, there is always a cloud of darkness over it, from a 19-year-old woman watching her planet obliterated before her eyes, to kids finding out their dad is the second most evil person in the galaxy, to the deaths of our darlings. This is and always will be a story about war. See? It’s right there in the title. George never sugar coated that, but perhaps fans like me glossed over the traumatic parts more than we realized, and when authors like R.A. Salvatore stepped into the EU and sacrificed our heroes, some fans lashed out in anger.

But now here we are, decades later, and the harsh truths of TFA do exist beneath the epic John Williams score. Namely: Han Solo is dead because Ben turned to the Dark Side, and the First Order is a massive threat to the galaxy.

The book focuses on the political climate of the galaxy some time after the Battle of Endor. Unsurprisingly, the senate is still a mess. Why? Because the Emperor is dead, but the entire reason he could take the control he did remains: no one can ever come to a consensus on anything. There are now two groups vying for power, the Populists (of which Leia is one) and the Centrists. The latter lean towards the Empire’s way of doing things, which actually isn’t a bad thing. Leia comes to terms with this when she is forced to work with Senator Ransolm Costerfo, an Imperial loyalist whose personal collection of memorabilia flies in the face of everything Leia represents and has fought against. But there is more to Costerfo than a cool Imperial helmet collection — just as there is more to the underworld dealings that force the two into an uneasy partnership. But at the crux of this story, as the title implies, is the blood that runs through Leia’s veins and ultimately threatens her standing within the senate. It’s not easy being Vader’s daughter.

The hows and whys and whos of the underworld trade story is where the main plot lies, and the story there is a typical Star Warsian adventure involving espionage, blaster bolts, and some fancy flying. Gray relies heavily on what has already been established in the Star Wars universe and what we have come to expect or believe, and uses that to deliver an emotional and political tapestry that adds so much weight to the story, filling in many of the gaping holes in TFA. Like this one:

I dare say that Bloodlines ought to be required reading, if only for the major political and logistical details that it provides. As enjoyable as TFA was, it did the unthinkable in making me appreciate the prequels for the efforts that went into explaining how Palpatine was able to accomplish what he did. Bloodlines is a horrible case of history repeating itself and an Organa having to once again stand up and fight when the rest of the senate fails.

Bloodlines offers many new faces surrounding Leia. It doesn’t delve deeply into the relationship between Han and Leia or with Ben, but Gray’s subtlety strengthens the heartbreak of the “it’s complicated” Facebook status that we find in TFA.

Han: “Speak for yourself, sweetheart. Me, I ain’t ever getting that old.” Me: *ugly sobbing* 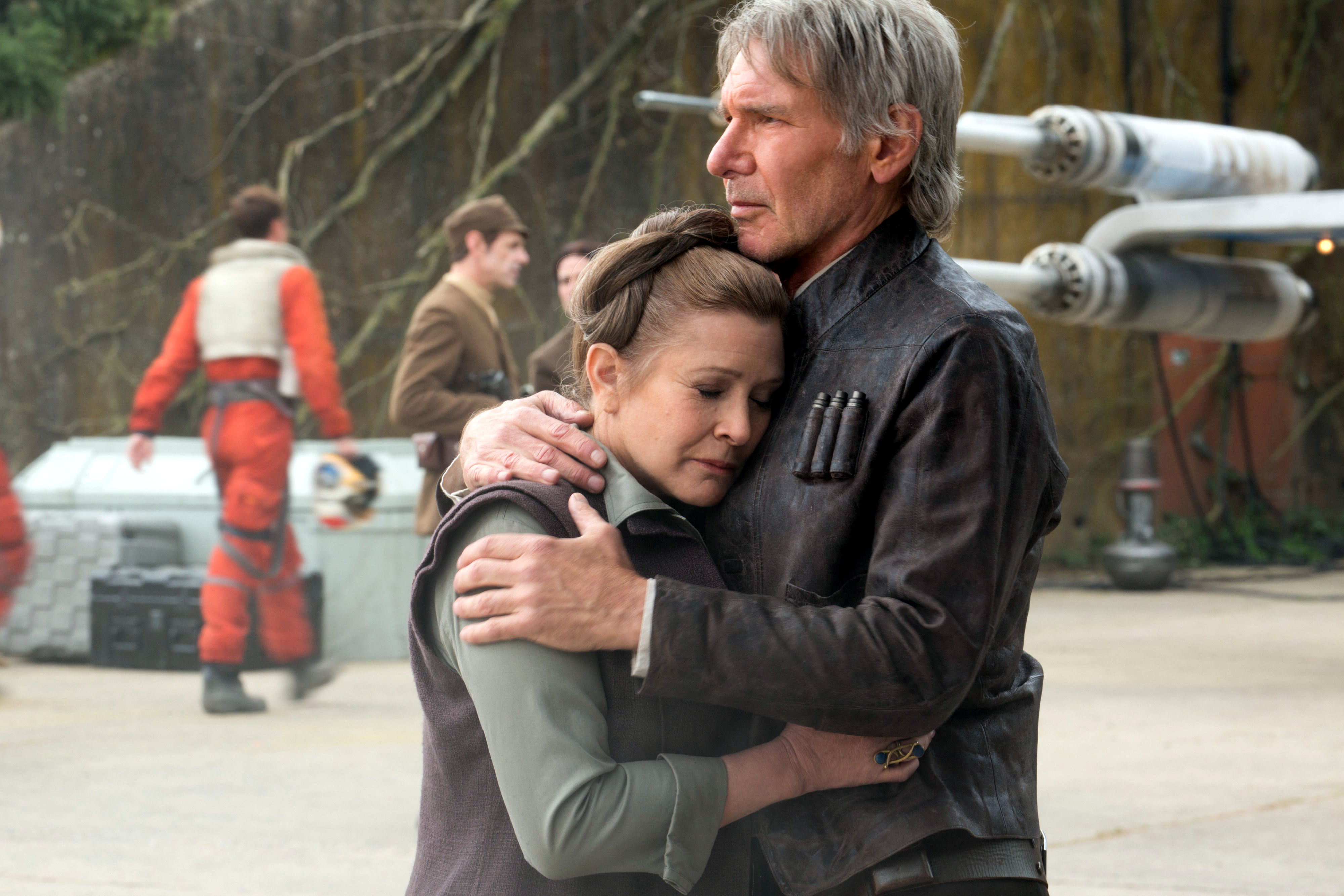 Here, Gray shows us a couple who love and respect each other dearly, but whose lifestyles keep them apart. They will always be there for each other, even when those lifestyles pull them in different directions. And yet, we know that something betrays this.

Thus far, I have not ventured too deeply into the new expanded universe of books, but I feel that it’s safe to say that Claudia Gray’s stories are at the top of my list for their storytelling and emotional impact. This book broke my heart many times. And that was before 2016 stole our princess away from us.