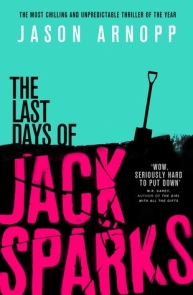 The Last Days of Jack Sparks by Jason Arnopp

If you asked me what horror novels I’ve read recently that are 1) creepy, 2) fun to read, and 3) highly addictive, right away I could probably name a few of my favorites including M.R. Carey’s The Girl with All the Gifts as well as Paul Tremblay’s A Head Full of Ghosts. Now I’m happy to have another title to add to my best-of list, and this amazing book’s name is The Last Days of Jack Sparks.

As the first line in the novel’s blurb states, its protagonist Jack Sparks died while writing this book. What we’re reading now is the manuscript of his gonzo style exposé of the supernatural that he was working on right before his mysterious death, which drew plenty of attention due to the eponymous writer’s cult fame and active presence on social media. Jack Sparks was one to throw himself wholly into his research, as witnesses to his cocaine addiction after his last book Jack Sparks on Drugs can attest. Jack Sparks and the Supernatural was meant to be his comeback tour de force, reminding his fans that he still has what it takes.

Jack, however, makes no pretense at objectivity. He doesn’t put much stock in ghosts, demons, or anything of the supernatural, and makes no effort to hide his skepticism or contempt while sitting in on an exorcism in rural Italy on Halloween, laughing and tweeting out snarky remarks the whole time. But everything unravels for him after that trip though, starting with a disturbing video appearing on his YouTube channel that he doesn’t remember uploading. Determined to get to the bottom of this mystery, Jack becomes obsessed with the occult and plunges deeper into his investigation, embarking on this harrowing journey that will eventually kill him.

At its heart, The Last Days of Jack Spark is a ghost story, but what amazed me was its refreshingly original premise and structure. We’re told that our protagonist’s last book is published posthumously, with much of the work undertaken by his brother Alistair who pulled together all of Jack’s research and rough drafts. The final book is also supplemented with notes, reports, and transcripts of interviews conducted with people Jack had contact with in his final days.

This additional content also reveals much about our protagonist: that he’s a bit of an asshole. Not that readers couldn’t already tell that from Jack’s own pompous, overblown narrative. Armed with a cutting sense of humor, he’s often flippant with the people he works with and disrespectful of their beliefs. He’s also a narcissist who frequently plays up his own importance in his writing, twisting the situation to make himself look good. Not surprisingly, this makes Jack one hell of an unreliable narrator. And yet, while the differing accounts give us multiple versions of a single event, we have to ask ourselves who we can trust. Most of the other characters have plenty at stake as well. Perhaps they too are out to protect themselves, like Alistair who has good reason to discredit his brother’s scathing accusations of him, or other supernatural experts who have their professional reputations on the line.

What really happened to Jack Sparks? The story will keep you guessing, with plenty of mind-bending twists and shocking revelations along the way. As the horrors begin to take their toll, Jack’s mind becomes more and more unstable, which really starts to come through in his voice. When the impossible occurs, we can’t help but wonder whether it’s real or just a result of Jack’s deteriorating sanity. In a way, that’s almost beside the point; what’s important is how effectively author Jason Arnopp has created terror out of that uncertainty. Tensions rise to a crescendo as we approach the story’s climax, where Arnopp springs on us the most brilliant surprise of all. This book featured one of the best conclusions I’ve ever read. Though we all knew Jack Sparks was going to die, the ending still managed to catch me off guard. It was horrifying, clever, and just perfect.

The Last Days of Jack Sparks is a book every horror fan should read. For two days my life was entirely consumed by this this gripping page-turner. Even now that I’m finished the book, I still can’t stop thinking or talking about it. Seriously, if you’re looking for some spine-tingling entertainment, especially for the Halloween season, run don’t walk to your bookstore and check this one out right the hell now.

← Novella Review: Of Sand and Malice Made by Bradley P. Beaulieu
Book Review: The Rift Uprising by Amy S. Foster →

26 Comments on “Book Review: The Last Days of Jack Sparks by Jason Arnopp” 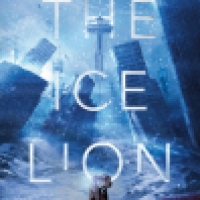