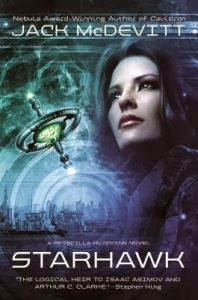 I have never read a Jack McDevitt novel before, much less the Academy series where I would have met Priscilla “Hutch” Hutchins, the main character of said series. This is a prequel to that series and thereby a good jumping point to get into the series. Unfortunately, it’s not a particularly compelling one, though there are many things that the book does right.

First off, it should be noted that Priscilla shares the spotlight in this book, with her mentor, Jake Loomis, getting point of view chapters of his own and he struggles with the tragedy of the book’s opening mission, and his future with space flight. The future of spaceflight itself is a prominent theme, as there is very little funding available to maintain the level of exploration needed, much less to rescue those who get stranded out there. The latter is another prominent theme as it becomes the only way for Hutch, a fresh off of certification pilot, to get out into space in this cash strapped industry.

This is not a high action book. In fact, it feels very realistic to me, offering us lots of solitude and boredom on the space flights. Even during the tense situations of the rescues, there’s a sense of “hurry up and wait” because not all space travel is about laser battles and explosions. We’re also just on the cusp of FTL travel here, with humanity only just poking its nose into the universe and hoping for a response. There is evidence of Something Out There, with repeated mention of the monument on Iapetus, which I assume is important to future novels. But there’s also the underlying concern of what we are doing in our attempt to reach further into space and colonize other worlds. Are we destroying life elsewhere for the sake of our own expansion? But this too is an issue that burns slowly in the story, even with occasional moments of opposition. Some protestors take to terrorism, while others simply choose to bite their tongues to avoid the hassle, and ultimately, the answer to the question of “is terraforming destroying life on other planets” is “maybe, but probably not for a long time.” This pedantic approach to the storytelling might bore some, but I found it appealing in its realism.

I assume that a lot of the relationships and even names, such as “Starhawk” and “Hutch” are common in the future books. Here we learn their lackluster origins and slag through the tepid friendships and romances that occur separately between Jake and Priscilla. Priscilla’s relationship with Cal in particular is poorly written. I hope that he plays a significant role in her future life but for now, I am as uninterested in their romance as she seemed to be at first, and am even more disappointed in the inexplicable switch in her approval of him, which went from “meh” to a lazily written “I’m not sure when I started to care blah blah blah…” While I can appreciate the slowness of the rest of the storytelling, the characters themselves, as well as their relationships, are utterly dull and unappealing. This is where the book ultimately fails to make me want to know more.

And finally, a pet peeve: It’s 200 years in the future, but of course the cast is default white and they get descriptions about flowing hair and sparkling eyes etc. Then McDevitt tosses in some background people of colour who get descriptions like “African-American” or “Asian.” This is level one diversity Jack. Thanks for trying, but can you please refer to GRRM’s handy chart of shades for describing PoC characters.

Be sure to check out Mogsy’s far more positive review of the book here! 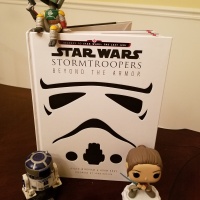