YA Weekend: Alive by Scott Sigler

A review copy was provided to me by the publisher via NetGalley in exchange for an honest review. All opinions are my own.

Series: Book 1 of The Generations Trilogy

I’ve been dreading the thought of writing this review for a while, because I know it’s going to be a doozy. For one thing, I just know I’m going to come off sounding way more negative about this book than I mean to – which just kills me because there’s actually a lot to like here. Sadly, I just can’t talk about any of it. None at all. Yes, you heard that right; most of the good stuff is spoiler territory, so you’re all just going to have to bear with me.

You know how everyone has been saying that the less you know about Alive before going in, the better? Listen to them; they’re absolutely right. The best part about reading this book was being wrapped up in the mystery, slowly gaining more answers the farther into the story you get. However, this does make for a pretty rough beginning, and a fair bit of patience and investment is required to get to the payoff.

First of all, the book starts off sounding like it was written by a twelve-year-old. However, I’m not sure if this even counts as a criticism. Yes, it was maddening, but at the same time also very appropriate. Alive is told through the eyes of a girl who wakes up on her twelfth birthday, but she has no recollection of who she is or what her life was like before she went to sleep. She finds herself in darkness, trapped in an enclosed space that feels disturbingly like a coffin. After breaking out, she realizes something feels seriously wrong. She is supposed to be twelve, but her body looks like it should belong to someone older, like a woman in her late teens or early twenties. She then finds a plaque engraved with her name at the foot of her coffin – M. Savage.

Dubbing herself “Em”, the girl looks around the room and sees it lined with dozens more coffins like hers, but only a handful of them contain other survivors. All of them look physically like young adults, but they also say the same thing as Em – today is their twelfth birthday, and none of them can remember how they ended up in their coffins. In the end, only six of them emerged; everyone else is dead and shriveled in their receptacles or lying on the ground in piles of bone and ash. Because she was the first to break out and wake the others, Em assumes the role of leader of their little group. Now she bears the responsibility of their survival, but they’ll first have to learn to trust each other and work together if they’re all going to make it out alive.

So, probably the most trying part of the book was the first hundred pages or so. It was a little like reading Lord of the Flies except we’re in a labyrinth-like setting and the characters are all pre-teens trapped in the bodies of Abercrombie & Fitch models. Em cannot seem to go five pages without remarking on how strikingly beautiful every one of her companions are, and as a leader she keeps making one terrible decision after another. Like I said, mentally Em is only twelve years old. I’m still not sure how to judge her language, thoughts and actions when they are probably consistent with what the author thinks a tween girl should sound like. Still, I think the writing style will be the biggest hurdle for some readers, since Em also strikes me as an especially petulant and somewhat naïve child with her constant obsession to be in charge.

In spite of it all, the book grew on me. After the midway point, the story gets substantially better as we find out more about the survivors’ situation. I can’t say more without giving too much away though, which is always every book reviewer’s quandary (I’m ever striving to keep my reviews spoiler-free anyway, but in this case Scott Sigler even has a whole afterword imploring readers not to spoil anything via the internet, so I’ll take extra precautions and simply avoid talking anymore about the plot). Suffice to say, in time we do get enough information to piece together some answers. And it ends up being pretty cool.

I discovered afterward that Alive is apparently part of a series called the Generations trilogy. Even so, it could work as a self-contained novel. In light of everything that happened in this book though, I don’t think I can bring myself to stop with just one. I’m very curious to find out what will happen next, so I will most definitely pick up the sequel.

← Voice of Gold: An Interview with Award-winning Narrator Simon Vance
Audiobook Review: The Element of Fire by Martha Wells →

12 Comments on “YA Weekend: Alive by Scott Sigler” 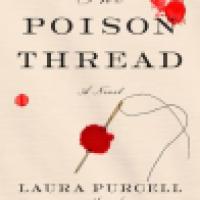