Audiobook Review: The Castle of Otranto by Horace Walpole 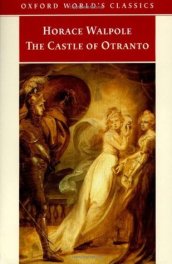 The Castle of Otranto by Horace Walpole

Don’t ever let anyone tell you that classic books can’t be trash because they are wrong, and this book is proof of that. Being billed as the first gothic horror doesn’t change that in any way. That just means it also has the distinction of being the first terrible gothic horror, as well.

Manfred, the prince of Otranto, decides to marry off his sickly 15-year-old son in order to beat a vague prophecy that states:

That the castle and lordship of Otranto should pass from the present family, whenever the real owner should be grown too large to inhabit it.

I’m not entirely sure how marrying off his son is supposed to help, or even what it means, or even where this prophecy came from. Other than to serve as some foreboding portent that you quickly forget about, I’m not sure if those lines were even necessary. Even the author knows this is stupid because directly after the curse, it reads:

It was difficult to make any sense of this prophecy; and still less easy to conceive what it had to do with the marriage in question. Yet these mysteries, or contradictions, did not make the populace adhere the less to their opinion.

I just know on the day of the wedding a large helmet falls from the sky and crushes the son. I’m sure that was the first sign that I should’ve turned back. No one really asked questions why or how a large black helmet fell from the sky (and no, you never find out why either). Manfred felt he needed to explain it somehow, even though the people were too stupid to care about that, so he blames magic, specifically necromancy. I can’t refute his claims of necromancy in this case because maybe so.

Instead of mourning his much loved son, Manfred starts his descent into foolishness and decides that he must marry his son’s wife because she can give him more children, preferably boys. He has no use for girls. Suddenly, his son goes from loved to a feeble child that deserved to die (and let’s just put his body somewhere in the castle and not bury him). He wasn’t worthy of carrying on the family line in such a weak state. Providence intervened and granted Manfred chance by taking his son. Now, if he could just get that rascally girl to stop running from him because they have sons to make. Yeah, he’s already married to a good woman who can no longer give him children, but that’s nothing a divorce can’t take care of if he plays his cards right.

All the elements for a story that could’ve been potentially good are there. It did set the stage for books that would follow in the genre. However, it was just so amazingly absurd that I could only keep reading and see just how much of a mess this turned into. Watching Manfred’s cartoonish descent into madness, his wife’s willingness to set aside all her moral dignity with no compunction for Manfred to obtain his own goals, Matilda (Manfred’s daughter who he was no affection for) and Isabella’s (his son’s bride) childlike friendly rivalry over a guy that’s known them three seconds among other things was just like watching a ruin so completely laughable that you can’t believe someone actually wrote this down. None of these things are executed with the same gloomy, psychologically gripping panache of others who came after Walpole.

Stylistically, if I hadn’t been listening to this novel at the same time I was reading it, it might’ve been a little confusing. Dialogue from various characters are often in one paragraph together without distinction to who was saying what, especially since there were no quotation marks to at least show that different people were speaking in the edition that I had. However, I don’t blame that on Walpole more than I do the publisher who should be aware that something like that can be confusing for readers.

While listening to this book, I kept thinking, “This narrator sounds like the Elder God from the Legacy of Kain series.” Legacy of Kain is one of my all-time favorite gaming series, and sure enough, it’s the same voice. Tony Jay has done many other games, cartoons, and television shows that I recognize his voice from. He does phenomenal work, and while doing some research on him for this review, I found out he passed in 2006. His voice definitely help the story, and while I liked his voice for Manfred, who he voice to sound similar to his Shere Khan, it didn’t help me to stop associating him with a cartoon villain.

The only redeeming thing about this book other than the narrator, and I mean the only thing, was the fact that I’d swear this was like a 1700s version of a trashy talk show episode (think Jerry Springer or Maury Povich) with daughter swapping pacts and “In the case of 19-year-old Theo, YOU ARE THE BABY’S FATHER!” moments. Other than that, this was a shallow book with characters you don’t give one shit about. There was nothing disturbing or particularly compelling about it, and it certainly fit the criticisms of gothic horror in that era being tawdry and ridiculous. In fact, let’s just rename it The Trash of Otranto.

← Book Review: Voyage of the Basilisk by Marie Brennan
Waiting on Wednesday 03/25/15 →

7 Comments on “Audiobook Review: The Castle of Otranto by Horace Walpole” 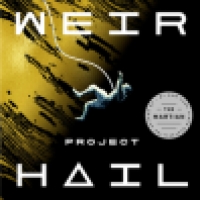