Book Review: The Thorn of Dentonhill by Marshall Ryan Maresca 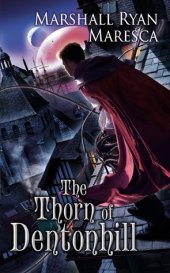 The Thorn of Dentonhill by Marshall Ryan Maresca

Marshall Ryan Maresca introduces us to the world of Maradaine with his new novel The Thorn of Dentonhill, transporting us to a vibrant and diverse city where powerful mages, university students, assassins and street gangs all call home. Our protagonist is Veranix Calbert, a magic student by day and vigilante by night. When the sun goes down, Veranix ventures out into the streets, disrupting the local drug trade in the hopes of bringing down the notorious crime boss Fenmere, the man who killed Veranix’s father and destroyed his mother’s mind.

One night, Veranix intercepts a delivery in progress, absconding with a major shipment worth forty thousand crowns. But instead of finding the mother lode of drugs in the satchel, he finds…a cloak and a coil of rope?! What’s so special about these mundane objects, and what could Fenmere want with them? What follows is a highly entertaining tale of mystery and adventure as we learn more about circumstances behind this botched trade.

There’s also the intriguing details when it comes to Veranix’s double life. The idea of an average everyman moonlighting as a crime-fighter/vigilante certainly isn’t a new one, but the novel feels unique nonetheless, thanks to the author bringing his own fresh twist to the story. For example, it turns out that Veranix isn’t just your typical mage-in-training, and his tragic history and his family ties to the street gangs make him an irresistible hero.

One of the key strengths here are the characters. At times, even the indomitable Veranix is outshined by the supporting cast, with his friend and roommate Delmin standing out as one of my favorites. Another character who ended up growing on me is Veranix’s cousin Colin, street captain of the Rose Street Princes. This also brings me to how much I loved Maresca’s portrayal of the different street gangs, painting most of them as a lovable bunch of guys rather than just your typical two-bit delinquents. Above all else, the Princes are family and united against the “true” bad guys, who are Fenmere and his buddies at the top. It’s really refreshing to see support within a gang rather than the usual power-struggles.

I also love the world Maresca has created. It’s surprisingly rich, featuring a long and complex history and populated by many cultures. Other than a couple of awkward information dumps near the beginning of the novel, most of the world-building is revealed to us organically over the course of the story. In retrospect, I find it quite impressive that the author was able to work in so much information without overwhelming the reader or distracting from the plot.

Maresca brings the whole package, complete and well-constructed. If you’re looking for something fun and adventurous for your next fantasy read, look no further than The Thorn of Dentonhill, an incredible start to a new series, from an author who is clearly on his way to great things. I liked its balance between drama and action, and was pleasantly surprised at the amount of world building and character development. I’m looking forward to seeing more!

A review copy of this book was provided to me by the publisher in exchange for an honest review. My thanks to DAW Books!

21 Comments on “Book Review: The Thorn of Dentonhill by Marshall Ryan Maresca” 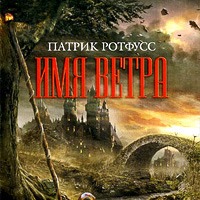