Injustice: Gods Among Us, Vol. 1 by Tom Taylor

“There are some things even you can’t corrupt, Joker.”
“Ha! Oh Batsy. You’re so cute.”

Injustice: Gods Among Us is one of the many unplayed video games on my Steam Wall of Shame. Following a friend’s suggestion that I watch the collected cinematics, I realized this wasn’t just any old fighting game where you get to prove that Wonder Woman really is better than everyone else. There is a significant amount of storytelling involved. Another friend recommended this comic series to me, because it also features the kind of Superman story that I can appreciate it.

Clark Kent wakes up one morning to the most incredible sound he has ever heard. It is the sound of two heartbeats within the body of the woman he loves. But by the end of the day, the Joker steals that from him in the most cruel way possible. As his best friend, Batman believes that even a tragedy of this level will not change the incorruptible man that he knows Clark to be. But with encouragement from Wonder Woman, Superman’s goodness turns into something far more frightening: a benevolent leader with zero tolerance for wrong doers, including all those who would stand against him — even if he once called them friend.

Just as the game turned out to be far more than just a fighting game, the comic is not merely about pitting various popular characters against each other.

I am a big Harley Quinn fan, and I was particularly pleased with her involvement. In passing, she seems like a ditsy kind of character who is hopelessly in love with an abuser, but, while the latter is true, some people forget that she is a skilled psychologist. There is quite the cunning and determined mind beneath those pigtails. She is not to be underestimated, no matter which side she chooses to be on, but the writer also gives her the depth of character she deserves. 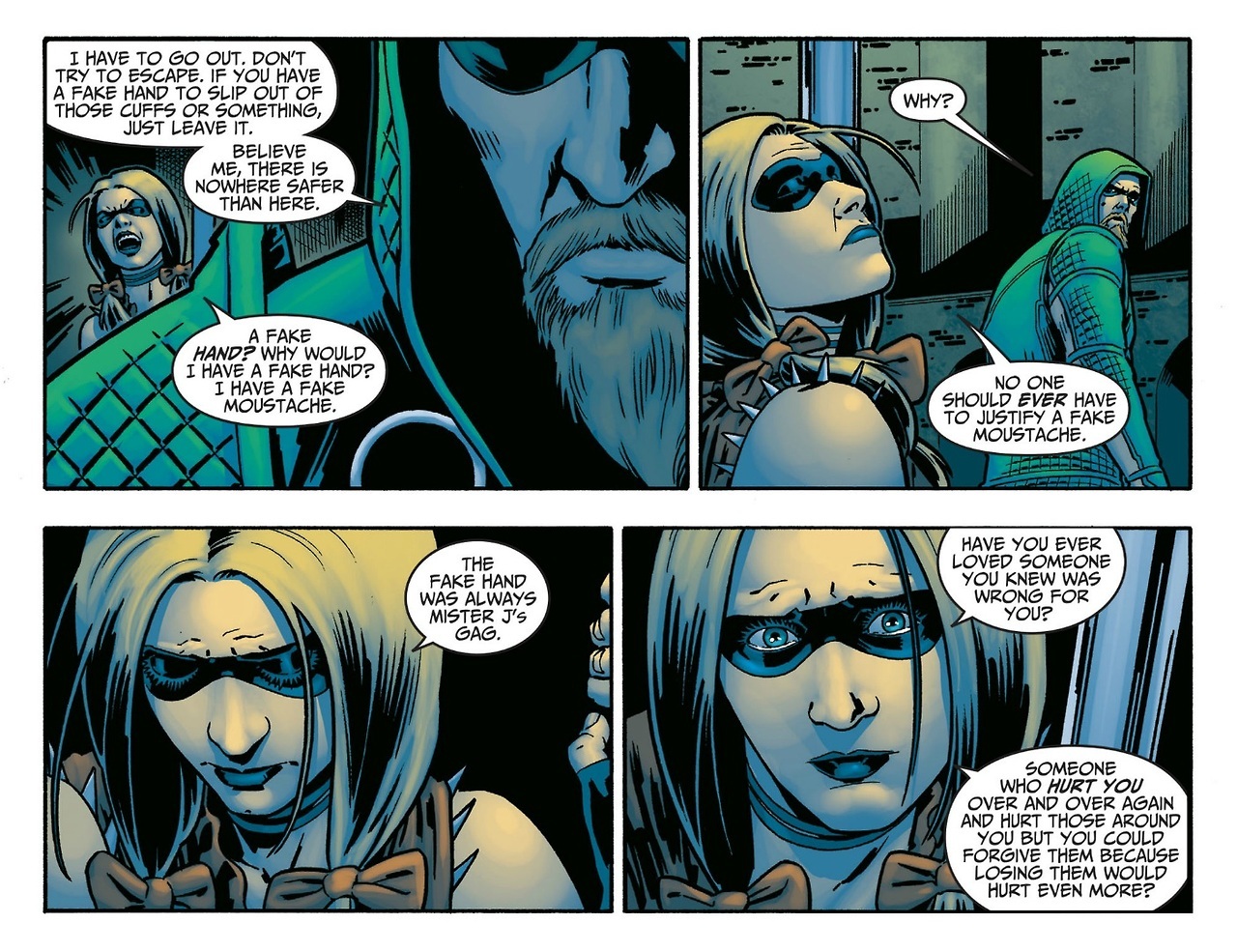 In fact, all the characters are extremely well written, and their struggles as they come to terms with their place within the society that Superman is slowly building are all well thought out. Each character is defined well beyond their abilities as super heroes, but by their ideals and their experiences, allowing or forcing them to choose sides accordingly. Everyone has a reason to be where they are, and a reason to change sides, as they question the moral and ethical choices of Superman.

This is the story that Marvel’s Avengers vs. X-Men dreamed of, but utterly failed to become.

← Anthology Review: Stories of the Raksura by Martha Wells
Waiting on Wednesday 12/24/14 →

6 Comments on “Graphic Novel Review: Injustice: Gods Among Us, Vol. 1 by Tom Taylor”