Wool Omnibus is a collection of novellas that began as a short story that quietly became more popular than the author expected. Since then, Howey has followed through with further stories about the people of this distant, post-apocalyptic dystopia with Shift and finally, Dust. Initially available only in ebook format on Amazon, Wool is now available in print and audiobook, is part of Kindle Worlds and apparently has even been optioned for film. I’m sure some credit goes to Wool #1 being in the right place at the right time and a lot goes to the author’s excellent storytelling and character building. But overall, Wool should serve as motivation for all writers to get on out there and tell your story. You never know what might happen!

Wool begins with the resigned death walk of Sheriff Holston, who is heading outside the silo for “cleaning.” This is the punishment for all those who harbour thoughts of the outside. Ironically, cleaning takes place outside, meaning the criminals actually get their wish. Wrapped in suits that can only protect them from the harsh elements for so long, cleaners are tasked with cleaning the screens to the outside world, reminding everyone inside of its horrors and why no one should ever want to leave the safety of the silo.

I can see why this initial short story captured people’s attention. It is a compelling read filled with questions and emotions and a clear backstory that makes a reader demand more. Fortunately, listening to the complete omnibus meant I didn’t have to wait to meet the other people living within the silo and eventually learn the reason behind Holston’s punishment and that of his wife before him.

One of the really striking things about the Silo Saga is that, unlike many of the other post-apocalyptic stories that I’ve read, it takes place so far into the future that the people within the silo have no idea that there ever was a world outside of their home in the immense underground structure. I liked the way Howey made this evident through little things that we take for granted. Phrases such as “a bull in a China shop” hold immediate meaning for us now, but to the people of the silo, a bull is practically a mythical creature and a china shop would not exist at all. This is symptomatic of the ignorance that the people are kept in in order to protect them from the outside world and subsequently prevent uprisings. Inevitably, information will slip out here and there, and an idea will start to fester and grow.

Hoslton’s death leaves the position of sheriff open and in the next story, the mayor and deputy go on a mission to find the right candidate for the job. Jahns and Marnes are a lovely, elderly couple who are honest and good folk who care for their people and want to do their job well. I loved the way their journey through the many floors brings them closer together, while simultaneously introducing the intricate layers of the silo, complete with its politics, mechanical functions and the lives of the people who live there. Howey has a gift for character building, endearing important characters to you before moving on.

Following the selection of Juliette as the new sheriff, the story settles in with her as the main character as she susses out Holston’s mystery. This inevitably leads to trouble that dominates the rest of the series. Here the focus gradually moves away from the more personal character developments to deal with the new struggles. Other characters and their point of views are introduced, though I didn’t come to care for these characters as much as I did with the previously introduced ones.

By the end of Wool, a whole world is opened up, while the mystery of the past remains, enticing me to learn all there is to know through Shift and Dust.

Finally, In terms of the audiobook, Amanda Sayle did a reasonably good job, however, I had a hard time dealing with her male voices. Some were very annoying and did not do the particular characters justice. 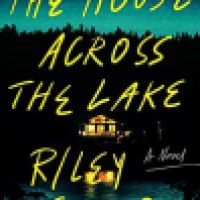