Excerpt: To Sleep in a Sea of Stars by Christopher Paolini

Today, the BiblioSanctum is excited to be participating in a blog event for To Sleep in a Sea of Stars, the highly anticipated adult novel debut by acclaimed Eragon author Christopher Paolini. This epic tale of first contact and alien wonders and space battles is coming out later this year on September 15 but we are celebrating this week with a special multi-part excerpt reveal as part of a publisher campaign to give readers a sneak peek! Below you’ll find our snippet as well as the links to the other participating blogs, but be sure to come back tomorrow where we’ll also be posting the completed excerpt section in all its glory!

To Sleep in a Sea of Stars by Christopher Paolini

Now she has awakened a nightmare.

While exploring a distant planet, she discovers an alien relic that thrusts her into an epic journey of transformation and discovery.

Her odyssey will carry her to the far reaches of the galaxy.

Earth and her colonies are on the brink of annihilation.

The will to survive.

The hope of humanity.

This epic novel follows Kira Navárez, who, during a routine survey mission on an uncolonized planet, finds an alien relic that thrusts her into the wonders and the nightmares of first contact. Epic space battles for the fate of humanity take her to the farthest reaches of the galaxy and, in the process, transform not only her ― but the entire course of history.

“Jesus, someone help her,” Alan cried.

“Watch out!” shouted Seppo. “That thing on the floor is moving! Shi—”

The walls swam around her as they lifted her. Kira felt like she was being strangled. She tried to inhale, but her muscles were too cramped. Red sparks gathered around the edges of her vision as Alan and the others carried her down the hallway. She felt as if she were floating; everything seemed insubstantial except the pain and her fear.

A jolt as they dropped her onto Fizel’s exam table. Her abdomen relaxed for a second, just long enough for Kira to steal a breath before her muscles locked back up.

“Close the door! Keep that thing out!” A thunk as the sickbay pressure lock engaged.

As if in response, the pain tripled, something she wouldn’t have believed possible. A low groan escaped her, and she jerked, unable to control the motion. She could feel foam gathering in her mouth, clogging her throat. She gagged and convulsed.

“Shit. Get me an injector. Other drawer. No, other drawer!”

Equipment clattered, and then fingers forced Kira’s jaw apart, and someone jammed a tube into her mouth, down her throat. She gagged again. A moment later, sweet, precious air poured into her lungs, sweeping aside the curtain darkening her vision.

Alan was hovering over her, his face contorted with worry.

Kira tried to talk. But the only sound she could make was an inarticulate groan.

“You’re going to be okay,” said Alan. “Just hold on. Fizel’s going to help you.” He looked as if he were about to cry.

Kira had never been so afraid. Something was wrong inside her, and it was getting worse.

Run, she thought. Run! Get away from here before—

Dark lines shot across her skin: black lightning bolts that twisted and squirmed as if alive. Then they froze in place, and where each one lay, her skin split and tore, like the carapace of a molting insect.

Kira’s fear overflowed, filling her with a feeling of utter and inescapable doom. If she could have screamed, her cry would have reached the stars. 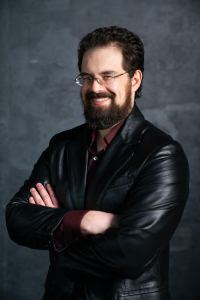 Christopher Paolini was born in Southern California and has lived most of his life in Paradise Valley, Montana. He published his first novel, Eragon, in 2003 at the age of 19, and quickly became a publishing phenomenon. His Inheritance Cycle—Eragon and its three sequels—have sold nearly 40 million copies worldwide. This is his first adult novel.

Visit the other participating blogs:

WEDNESDAY, 5/27
The Mary Sue | Book Briefs | Bookish Bliss and Beauty | DMCI Reads | For the Love of Words | Novel Heartbeat | Reading Reality | Simone and Her Books | The Qwillery | The Reading Corner for All

THURSDAY, 5/28
Den of Geek | Beauty in Ruins | BiblioSanctum | Flames Rising | Polish & Paperbacks | She Reads with Cats | WTF Are You Reading? | Amanda Bradburn | A Book and a Cup | Required Reading

12 Comments on “Excerpt: To Sleep in a Sea of Stars by Christopher Paolini” 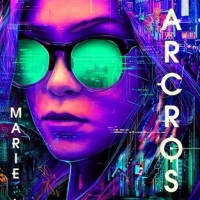 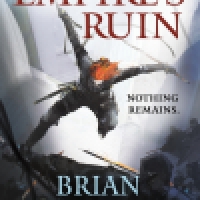 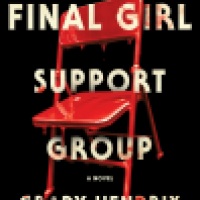