YA Weekend Audio: The Gilded Wolves by Roshani Chokshi

The Gilded Wolves by Roshani Chokshi

Series: Book 1 of The Gilded Wolves

I loved Roshani Chokshi’s The Star-Touched Queen and A Crown of Wishes, so I dove into The Gilded Wolves with all the excitement you can imagine. However, for some reason I did not feel for this novel the same way I did towards her mythological-inspired duology. While it was not a bad read overall and I still enjoyed this book to an extent, I think my disappointment is the result of having higher expectations and the fact this story felt very derivative and not as well put together as the previous books I’ve read by the author.

To begin, this is a historical fantasy set in an alternate version of Paris, France in 1889. It is also a heist story. And like all heist stories, you must have a ringleader to gather the group and execute an elaborate plan to steal an extremely valuable, all-important McGuffin. In this case, the role is filled by Séverin Montagnet-Alarie, a prominent city hotelier who is also an avid treasure hunter on the side. Robbed of his true inheritance as a child, Séverin finds it impossible to turn away an opportunity to gain it all back when a powerful secret society known as the Order of Babel seeks him out to find a magical ancient artifact called the Eye of Horus.

But first, he’ll need a crew. Enter Laila, a charming Indian dancer with a magical ability to read objects. She also loves to bake and plays the part of den mother the group. Then there’s Zofia, a young Jewish Polish girl on the autism spectrum who has magical powers of the mind. She is also a mathematician extraordinaire and the brains of the operation. Next is Enrique, a bookish Spanish-Filipino whose expertise in history gives the crew the edge they need. And Tristan is the little brother of Séverin’s heart if not of his blood, a cheerful boy who loves all things to do with plants and animals (he also dotes on his pet tarantula Goliath, much to the consternation of the group). And finally, there’s Hypnos, the queer biracial heir of a French aristocratic house who is also the outsider/liaison between Séverin and the Order of Babel. The two of them have a history, which results in some interesting dynamics as this adventurous little caper plays out.

In the end though, I think my dissatisfaction with The Gilded Wolves stems from its mediocrity. I mean, I didn’t think it was terrible, but then it wasn’t great either. All the components were there and by and large well-written and decent enough, yet none quite crossed the threshold into spectacular or even noteworthy territory. First, the story: I’m afraid a lot of the criticisms likening this book to a watered-down Six of Crows may have some merit. The similarities were hard to ignore once the notion had wormed itself into my mind, which wouldn’t really have been an issue (after all, most heist stories re-use and recycle a lot of the same ideas to some extent) except for the fact I thought Leigh Bardugo did everything much better. Chokshi also wasn’t able to keep up the interest or momentum quite as well, and as a result, pacing in the beginning and middle suffered.

Then there were the characters, whom I desperately wanted to like, but instead they felt like a parade of diversity labels but not much in the way of substance, which was a shame. Their individual quirks (like Laila’s baking, Tristan’s obsession with his pet tarantula, Zofia’s social naivete, etc.) felt forced or like they were included for the sake of humor, coming across to me as flimsy attempts to make them a bit more likeable and genuine. I also didn’t feel many of the relationships between the members of the crew developed all that organically, leading to some awkward juvenile dialogue. The exceptions to this were Séverin and Hypnos, whose linked backstories made them my two favorite characters, as well as Séverin and Tristan (again, because they have a shared history together), though the exceptionally well-developed nature of their brotherly bond made certain consequences of the ending predictable. Overall, I think Chokshi might still be working out the challenges of writing an ensemble cast, which includes balancing the attention given to each character.

And finally, with regards to the setting, I probably wouldn’t have been able to peg this as 1889 Paris if the narrative hadn’t explicitly provided the dates and names of places and landmarks. The world-building in this book was definitely weaker compared to the author’s The Star-Touched Queen duology, perhaps because she was writing about a milieu she wasn’t as familiar with. Historical settings can be tricky to pull off, because capturing the authentic feel of a place is much more than simply regurgitating details from the historical record, and while the descriptions of the environment were done well, I missed not having a strong sense of place or the lush atmosphere I know the author is capable of.

All in all, I can’t say The Gilded Wolves really lived up to the hype for me, but it’s probably because I was expecting a lot more, being a huge fan of Roshani Chokshi’s other books. Still, I have no doubt this novel will find tons of love among YA fantasy readers, and it could be worth checking out if you enjoy historical fantasies and heist stories.

Audiobook Comments: I’m really glad I opted to review the audiobook version of The Gilded Wolves, because I think the format might have helped me through some of the slower parts in the beginning and middle of the book (but even then I had to play back a few times due to a couple false starts). I also liked that there were two narrators, though one or two more voices to reflect the large cast wouldn’t have hurt either. Laurie Catherine Winkel and P.J. Ochlan delivered good performances, but occasionally both would go a little overboard with their accents, becoming difficult to understand. Overall, a decent listen.

21 Comments on “YA Weekend Audio: The Gilded Wolves by Roshani Chokshi” 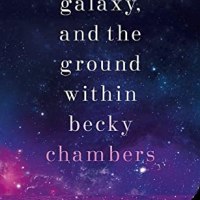 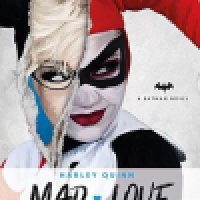