Week 2: Any Other Name Read-Along 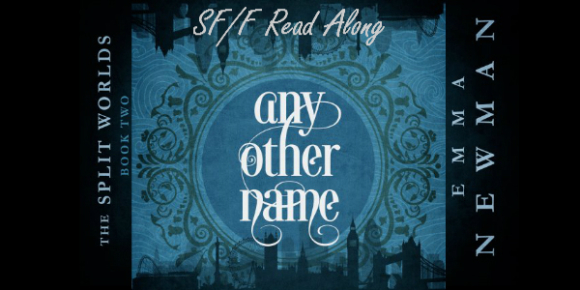 Our thanks to Hisham for the read-along banner!

We’re gaining steam on our read-along of the The Split Worlds series this month, continuing with the second book Any Other Name! If you’re interested in joining this Read-Along, visit the SF/F Read-Along group for more information and to join the discussion. 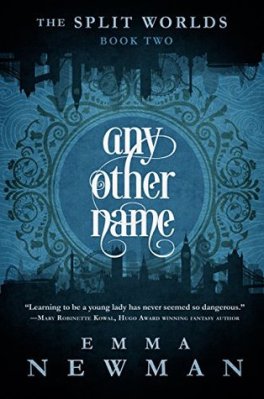 Cathy has been reluctantly married into the Iris family and moves to Londinium, the magical Nether reflection of London, setting her on a collision course with the restrictive, high-pressure social circles that demand propriety and obedience, things the vocal and free-spirited Cathy cannot abide. Will, meanwhile, is trying to find a compromise for his new bride, but whispers in his ear are urging him towards dark deeds…

Sam, determined to dive back into the world of Exilium to rescue innocents, crosses paths with Cathy and Max once again as Max and the gargoyle uncover more information about the mysterious Agency and the chain of events that wiped out the Bath Chapter. Sacrifices, terrible deals, and dreadful revelations mark this second installment of Emma Newman’s wondrous Split Worlds series.

1. Will wants to have his cake and eat it. Between his dealings with the Alba-Rosas and his efforts to coach Cathy for social success, how do you judge his behaviour this week?

Mogsy: HYPOCRITE! HYPOCRITE! HYPOCRITE! This society is starting to get on my nerves, which is probably why I sometimes struggle with this sort of “fantasy of manners” fiction. Objectively, I think Will is trying to be the best man he can be to both Amelia and Cathy so I’ll grudgingly afford him some credit for that, but it doesn’t change the fact he’s a cheater and liar whose actions still prove he’s only out for himself.

Tiara: *sigh* I think it’s safe to say after this week that I hate most of these characters. There’s really not much that can be done to redeem Will in my eyes at this point. And if I have to hear one more time about how bad it is for the men in this society, too. I just might scream because honestly… If it wasn’t for Sam and Leanne’s thing…

2. Cathy seems to be taking on the Agency – just as Max is sent to investigate them. Is she biting off more than she can chew?

Mogsy: I’ll bet having just blown the lid off the Agency’s little scam probably doesn’t make Cathy very popular with them right now, but she’s not making too many other waves at the moment so I think she’s still okay. I have a feeling the Agency has put her on their radar though, and I’m guessing this is going to snowball eventually into something more dangerous for Cathy.

Tiara: I’m undecided. She probably is, but it’s really going to depend on what she does next. She’s kind of toeing the line there.

3. Max drops a lot of hints that Leanne may not be entirely her own woman any more. What do you think is going on at Leanne’s flat? – and do you think there’s any chance for Sam to save his marriage?

Mogsy: I’m glad this book has Sam’s story getting a lot more page time, because quite honestly it’s the most interesting plot thread to me at the moment. Right now I have no concrete theories, though I think Max is on to something with his comment about how a cage can be as much about keeping safe what’s inside. I think Leanna might be in some kind of danger, but whoever is pulling the strings to get her to move to London and into this flat is trying to protect her in some way, not harm her. And if my suspicions are correct and Sam is being set up to be the one who helps solve the mystery, he might actually have a chance to untangle Leanne from this web and save his marriage yet.

Tiara: This is pretty much the only reason that I am here right now because I am very interested and seeing what’s going on with them. I think that he will definitely have the chance to save his marriage or at least this is giving me hope that he can. Maybe before if he was still ignorant of the fae it might’ve been difficult, but now, he’s in a position (or somewhat in a position) to find out what is going on with his wife and her job. I don’t think his marriage is beyond saving if he can get to the root of all this.

4. We get our first glimpse of London Society at the Tulipas ‘intimate’ dinner, and we get a hint that Cathy might be tempted to adapt her goals. What did you think of how she handled herself at dinner – and of how she reacted on the way home?

Mogsy: I like that Cathy is starting to think and plan in a more organized, thought-out manner. The previous strategy of simply standing her ground and refusing to budge has not worked out too well, so I’m glad she’s starting to compromise a little in areas where she thinks she can, and in doing so she’s discovering certain things she likes to do and things she’s good at. It’s also nice that not everyone in Will’s new social circle turned out to be as bad as she thought, and she might have even made a new friend or two in Margritte and Bartholomew.

Tiara: I think she handled herself very well. I don’t think Cathy gives herself enough credit. She obviously knows how to play this society game. She just doesn’t want to play it. There’s definitely a difference. She seems to be starting to understand that in order to game the system it has to appear you’re working with the system.

← Audiobook Review: Wake of Vultures by Lila Bowen
Top Ten Tuesday: Top Ten Most Anticipated Audiobook Releases For The Second Half Of The Year →

2 Comments on “Week 2: Any Other Name Read-Along” 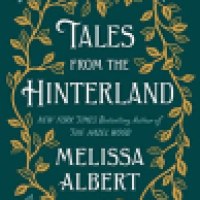 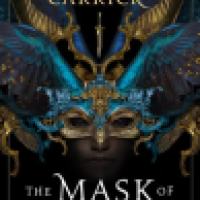 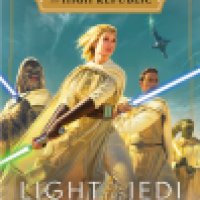 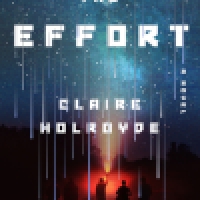