My deepest thanks to all the wonderful publishers for the review copies received. I’m so excited for the new arrivals this week! For more details and full descriptions of the books, be sure to click the links to their Goodreads pages!

The Wheel of Osheim by Mark Lawrence – It’s hard to believe The Red Queen’s War is already coming to a close with this third and final book of the trilogy, but there you go; how the time flies. I’m going to miss Prince Jalan and Snorri once this series is over, but you can be sure I’ll be savoring this book for all it’s worth. My thanks to Ace Books.

Saint’s Blood by Sebastien de Castell – A wonderful surprise from across the pond! My thanks to the awesome team at Jo Fletcher Books for this third book of the Greatcoats series. I’m reading this now and I’m enjoying being back in the world with Falcio and the gang. Be sure to keep an eye out for my tour review next week!

The Knights of Crystallia by Brandon Sanderson – This book didn’t last five minutes out of the package until I was already reading it. I’m not usually one for children’s/Middle Grade fiction, but there’s just something so addicting about the Alcatraz series. Plus, I can never resist anything by Sanderson. With thanks to Tor for the finished copy!

Alight by Scott Sigler – Del Rey was kind enough to also send along a finished copy of this sequel to Alive after the ARC they surprised me with last month. I liked it even better than the first book and that ending is making me crave the third one already! My review went live last week, in case you missed it!

Masks and Shadows by Stephanie Burgis – My thanks to Pyr for sending me a finished copy of this wonderful historical fantasy, which I devoured in about two days flat. This book was on my highly anticipated list for spring, and it ended up being everything I’d hoped for and more! My review will be up in a few days, so stay tuned.

It Happened One Doomsday by Laurence MacNaughton – Okay, this one sounds totally madcap and bizarre and awesome. An underdog magician will need to do everything she can to save the world from impending apocalypse. Who can say no to that? Thanks again to Pyr!

The Invisible Library by Genevieve Cogman – My thanks to Roc for pitching this one to me! I love books about libraries and books and all that, so I immediately put this on my must-read list. It has already been out in the UK for a while, receiving many fantastic reviews, and this summer it’ll finally make its way stateside.

A Lovely Way to Burn by Louise Welsh – Speaking of another UK book to release in the US, this was a completely new discovery for me, but it’s definitely on my radar now once I found out it’s an apocalyptic-sounding mystery thriller taking place in the middle of a deadly outbreak. Thank you to Quercus for sending me this finished edition of the paperback.

Ink and Bone by Rachel Caine – This has become one of my favorite books of all time! In case you missed the news, the paperback edition was released earlier this week and I got a lovely surprise when the publisher posted me a copy of my own. Huge thanks to NAL!

Hunters and Alien Hunter: The White House by Whitley Strieber – Looks like someone at Tor knows I love aliens! Still, I admit I don’t know too much about this series, beyond the fact SyFy adapted it into a TV series (which incidentally is premiering this coming Monday) hence the re-brand/rename of the first Alien Hunter book to simply “Hunters”. The White House is actually the third book in the series though, so one of these days I’ll have to grab book two for completion.

The House of Daniel by Harry Turtledove – I’m not a big sports person, which is probably why this one slipped my notice at first glance. Still, when it showed up, I took a closer look. It’s pitched as a stand-alone novel of “miracles, magic, and semipro baseball” set in an alternate Depression-era America. Put that way, it actually sounds super interesting! I may give it a read after all. Thanks, Tor Books!

A Shadow All of Light by Fred Chappell – Thanks also to Tor for a finished copy of this fantasy novel, described as an episodic adventure written “in the mode of classic Jack Vance.” I have never read Fred Chappell before, maybe this could be a good place to start?

Arkwright by Allen Steele – Audiobook, with thanks to Audible Studios for the opportunity to listen to this amazing book! Already devoured and reviewed. Highly recommended.

Age of Myth by Michael J. Sullivan – I saw this pop up on NetGalley last week and slammed on the one-click download button right away. I’ll read anything Sullivan writes, and it’ll be amazing to return to the world of Riyria, even if it’s thousands of years in the past. With thanks to Del Rey.

A Green and Ancient Light by Frederic S. Durbin – I couldn’t resist one-clicking this one either, even though I’m not sure the story will be for me; it honestly sounds like it could go both ways, but I loved the description of a gorgeous fantasy written “in the spirit of Pan’s Labyrinth” and thought that alone was worth a look. With thanks to Saga Press.

Bloodmage by Stephen Aryan – Audiobook, with thanks to Hachette Audio. I’m so excited to dive into this sequel to Battlemage, especially since I hear it will be following new characters and the storytelling will also be more in the vein of a murder mystery.

Ninefox Gambit by Yoon Ha Lee – I’ve reached the point where I really need to be watching my NetGalley stats, but I could not have walked away from this even if I tried. A disgraced captain needs the help of an unhinged military genius to break a siege in space (and the target is apparently called the Fortress of Scattered Needles, which would probably explain that insanely cool cover). With thanks to Solaris!

Nightshades by Melissa F. Olson – Another sweet looking novella from the good folks at Tor.com! This time, a gritty urban fantasy featuring a detective in Paranormal Investigations…and vampires!

Here are all my reviews since the last update, gathered together and listed here for your convenience and viewing pleasure.

My thanks to the authors who stopped by The BiblioSanctum last week! Holly Jennings and I chatted about her new book Arena, and Gail Z. Martin wrote a fantastic article to celebrate the release of Shadow and Flame, the conclusion of her Ascendant Kingdoms saga.

Into the Arena: An Interview with Holly Jennings
Guest Post: “Order and Chaos: After the Apocalypse” by Gail Z. Martin

Here’s what I’ve been reading recently. I got to hit up some books that I’ve been looking forward to for a long time, plus there were a few surprises I can’t wait to talk about (Sawbones!) Keep an eye for reviews of the following books in the upcoming weeks, if they’re not up already that is!

← Guest Post: “Chaos and Order: After the Apocalypse” by Gail Z. Martin
YA Audiobook Weekend: The Dream Thieves by Maggie Stiefvater → 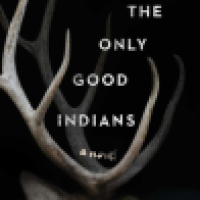 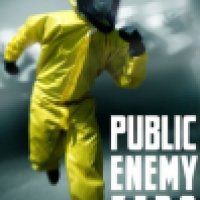